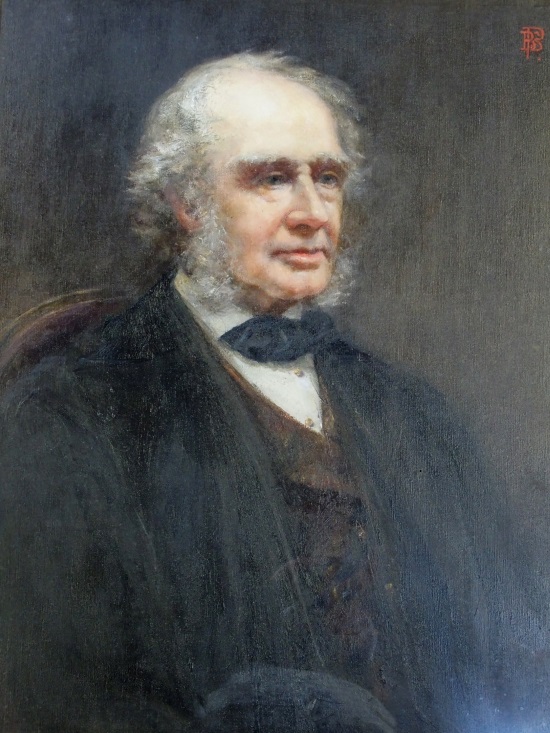 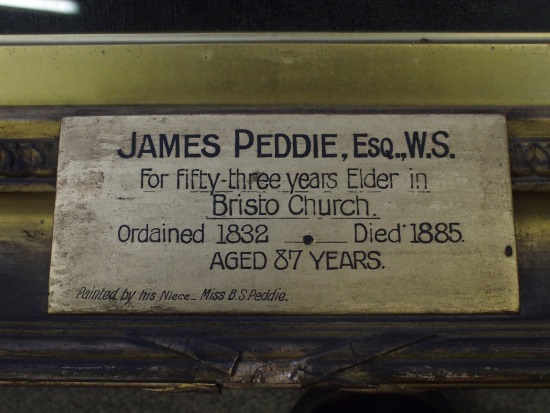 But what does cause me difficulty is her self-declared status as his niece, as the only Barbara Smith Peddie I'm currently [Mar 2016] aware of is his daughter of that name. Maybe there was another Barbara Smith Peddie of considerable artistic talent (which of course did run in the family) – and indeed there was: a younger daughter of Dr Alexander Peddie, and therefore a niece of James. And Dr Peddie himself was well-known as an amateur artist, which stacks up in her favour. 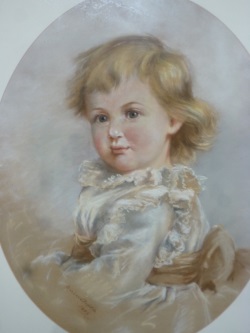 "Barbara S. Peddie exhibited between 1881 and 1908, showing 40 works at the Royal Scottish Academy, 11 at the Glasgow Institute and 2 at the Society of Women Artists.

A delightful portrait in pastel of a young girl by the Scottish artist Barbara S. Peddie. Signed and dated 1886 by the artist ..."

The signature is in text rather than a monogram, however, and is written on the child's cuff. And the whole thing is much too chocolate-boxy.

But her name's right and her dates are right, so I'm happy to leave it there.

To prove that James' portrait does go with the plate, here they are in unison: 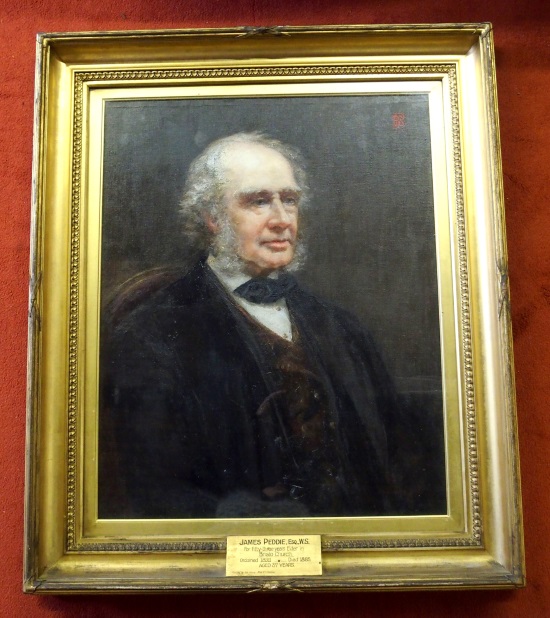 I'm not namely for happy-clappiness myself, and was for over thirty years an (irregular) attender at the Reading Friends' Meeting House, not renowned for irrepressible exuberance, and I'd guess from his serene image – and his status as Elder – that James Peddie was not a happy-clapper either. However, to judge from their website, the Bristo Memorial Church in Edinburgh seem to have moved to that end of the liturgical spectrum, and hopefully James might accept that times change and so must we.