The following one-liner tells you who I am (but not where I came from and all that David Copperfield kind of cr@p, as Holden Caulfield famously remarked).

[For the benefit of Google, that's R E Waddell or Robert Erskine Waddell
or Robert Waddell or (most usually) Robin Waddell]

The Waddells are plain folks, and none of them came over with William the Conqueror, but one of them way back got uppity and somehow had the phrase Orna Verum registered as a motto – so if you feel inquisitive, Google it, or follow these links:

www.fleurdelis.com/Mottoes_W.htm
(If the link is broken, see this copy.)

www.surnamedb.com/Surname/Waddell
(If the link is broken, see this copy.)

I like it as a website name because it's a Kit Williams type pointer to my surname, plus it's subtly ambiguous (ie. Adorn The Truth or Embellish The Truth, where's this bloke coming from?). So what could be more appropriate?

And perhaps I could just show off the two other members of my household ...

Those of you condemned by accident of birth to live in the British Isles will appreciate what strong feelings are stirred by mispronunciation, real or perceived, especially of a surname or first name. Think Dalziel or Featherstonehaugh, and Ralph or Siobhan or – trickier still – Niamh.

And fashions change. When I were a lad, we pronounced the justly celebrated composer of Dido's Lament as Pur-cell. Not so now – the accent moved up to the front some decades ago, and Pur-cell, as in the detergent powder, is now de rigueur. Some people can get really angry if you say it the old way.

Well, just imagine how it feels to be called Waddell!

For a start, I've encountered a baker's dozen of misbegotten attempts at simply spelling it – Waddle, Waddel, Wadell, Wadel, Wadle (my personal favourite), Woddell, Wodell, Wodel, Wodle, Wardell, Wardle, Wordell, Wordle, Woodell, Woodall, and (quite truthfully) Widdel – or was it Widdle? One or the other, but admittedly only once.

And there have been others – I've got a list somewhere or another.

As an aside, when asked to spell it over the phone, I occasionally try and help by saying there are three doubles in it, but that's only to invite further bafflement!

Cutting to the chase, once the spelling has been surmounted (and one generally doesn't make an issue out of it), eight out of ten people will then say "Well, Mr Woddle, and how can I help you today?".

And I think to myself, "Why don't you call me Mr Smith, it's no more incorrect than Mr Woddle". If they've introduced themselves as Ethan or Tracy, I don't start calling them Nathan, or Trixie. It's all just a matter of listening carefully, and responding likewise.

What does actually irritate is when the other chap says "In Scotland we pronounce that Woddle", and it becomes a red mist moment. What he means is that I'm a stuck-up social climber, a pompous poseur, or worse, and he's taking it upon himself to put me right.

On the other hand, a brilliant BBC TV comedy sitcom ran for five years or so (and is still being repeated on the digital channels) based on the social pretensions implicit in the Lady of The House's way of saying her surname. It's a quintessentially British preoccupation, and takes our minds off lesser issues such as the National Debt.

What's in a name?

The increasing Caribbeanisation of our speech (I've heard this urban patois described rather neatly as Jafakin'), catalysed perhaps by the immensely popular and well-loved ITV newscaster Sir Trevor Macdonald, and also the gentle Hibernising influence of the late Sir Terry Wogan and the thankfully unlate Graham Norton, have noticeably affected the way the younger generation, in particular, stress multisyllabic words.

The traditional way to say the word "indicative", for example, would of course have been in-dic-a-tive, but Caribbean and Hibernian alike say in-di-cāt-ive. Actually, though sticking with the older way myself, I rather like the melodious effect of this.

There was a general rule once upon a time, honoured as much in the breach as the observance, that a disyllable should be stressed on the first syllable if used as a noun, and on the second if used as a verb. Oliver Kamm, egregious advocate of vox pop, generally says that such rules were just made up in the eighteenth century, and he may well be right, but that's not much help to the rest of us if they suffer so many exceptions.

The only real problem is that such things can still be shibboleths, a sort of sociological litmus paper – I once pronounced spouse to rhyme with house rather than blouse, in conversation with a future grandmother-in-law, and from the sudden drop in ambient temperature realised immediately that it was a definite clanger.

Ultimately, RP demands that one learns to say each and every word in this No-Man's-Land by rote – during which process one could be putting the time to far better use. But funnily enough, I've noticed that transgressions are overlooked – indeed committed – much more readily by Tories (rough-necked descendants of the old-fashioned land-owning class) than by Whigs (highbrow descendants of the educated mercantilic classes).

George Bernard Shaw, one of the profoundly silliest of all the self-appointed apostles of Marxism (though obviously not feminism), nevertheless remarked vicariously that it is impossible for an Englishman to open his mouth without making some other Englishman hate or despise him. Accent probably wasn't so despised in those days as mispronunciation – my boyhood hero Peter Simple in Way of the World once remarked that there had been impeccably U pre-Reform Bill MP's (probably such as Colonel Sibthorp) who spoke the broadest Doric and simply couldn't be understood in the House.

So just a few final instances ...

Mich-elle or Mich-elle, anybody? Ann-ette or Ann-ette? Ma-rie or Ma-rie? The woman with whom you're conversing will have a very definite preference one way or the other – but as I remarked in the previous section in connection with my surname, most people take absolutely no notice of how you introduce yourself (they're probably fiddling with their iPhone at that critical moment).

For a year or so I had to work at uncomfortably close quarters with a hefty but prickmedainty young colleague Alan, from Ayrshire, who quite unaffectedly spoke with the broadest of Wee Macgregor, Broon Family, Private Frazer accent and vocabulary, but was touchy to the point of paranoia about perceptions of disrespect to himself. He was however totally, utterly insensitive to anybody else's trigger-points. And he had to work with a rather bothered new recruit, across the office, with a wispy beard and tinted glasses, by the name of Ralph, very definitely pronounced Rafe. And Alan just could not cope with this affectation, as he saw it. Every phonecall degenerated into a welter of direst recriminations and it must have been a deep relief for Ralph to be made redundant after 6 months, and go off to work for the BBC.

Getting round to surnames at last, I would like to mention the extended family of Driscolls in Bantry (during the great days of Ardnagashel), the patriarch of whom was Bill. The family were naturally known far and wide as the Bills. Time passed, and his son Jack assumed the mantle, and so they became known as the Jack-Bills. In due course, Jack was gathered to his forefathers, and his son John became preeminent in the Driscoll family, who were therefore rechristened the John-Jack-Bills and there it stabilised.

So there we have an instance of a family managing perfectly well without a commonly-used surname. But what about a family with two or three surnames? And here it can get seriously ambiguous for the outside world – especially the chronicler from a later age, trying to make sense of families with multiple monickers, repeated and permuted as forenames, middle names and composite surnames, with or without hyphens. For just such a situation, see the tangled tale of the Coventrys, the Dicks, the Peddies, the Ralstons and the Waddells, especially the final section High-Fives for Hyphens. 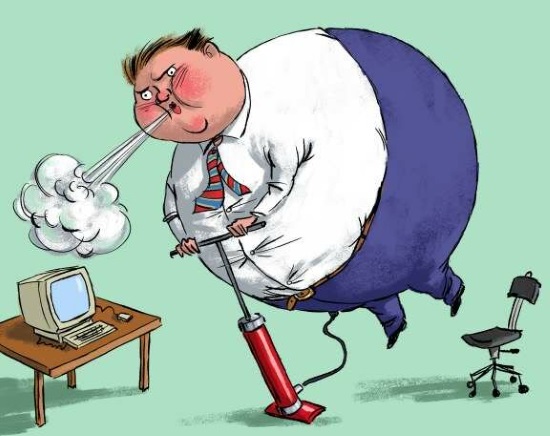 Stella Gibbons, authoress of Cold Comfort Farm (and much else, I believe), liked to draw her readers' attention to especially fine passages of jewelled prose, with asterisks.

Samuel Johnson, on the other hand, advised aspiring authors to read through their compositions and wherever they encountered what they had thought to be a particularly fine passage, to strike it out.

What to do, as an Indian friend used to ask rhetorically when faced with such difficult decisions.

On the whole, I prefer a cleanly-written, factual style – such as George Orwell, or James Thurber, habitually practised. But I also have a personal weakness for alliteration and allusion, polysyllabic portmanteaux, concealed quotations, and the like, not to mention tourettish jokiness. And an inclination towards vividly-expressed but under-nuanced generalisations of the sort my father was habitually guilty of. Well, fruit falls close to the tree, and I'm too moribund to mend my ways.

And naturally, in the course of an undertaking such as this, one frequently has to cut to the chase and try to summarise a complicated situation as pithily as possible. Believe me, I've endured a fair amount of criticism for my oversimplifications and misrepresentations.

So I've decided (Aug 2015) to utilise a Windbag Warning system, which (like the marginalia in the Dummies Guides), alerts the reader as to what's going on in the text, by hyperlinking the thumbnails to this section.

Visitors to this website are enthusiastically encouraged to email me via robin@ornaverum.org to name and shame those passages that in their opinion should be demarcated in this way!