I wanna tell you a story

But not the humorous kind that Max Bygraves would follow-up with, but an apparently trivial series of minor events over a period of many years. Whether I shall emerge as hero or villain isn't clear yet, and though the teacup of fate is ready for the storm of dispute that is still brewing, there's an ongoing argument about who has the milk of precedence.

In July 1955, my father (known as Wardlaw in those days) was named as executor and sole beneficiary of his recently-deceased great-aunt Mollie's will. She had been for many years a reclusive spinster in a large and gloomy apartment in Frognal, Hampstead. He thereby inherited quite a large sum of money (for those days) and immediately indulged in a number of extravagances, such as a Lagonda saloon car, a large flat in Basil Street, Knightsbridge and a lavish life-style of night-clubs and Embassy parties (Venezuelan in particular ...).

Amongst Mollie's personal effects, like a Garuda stone in an Anstey story, was an old-fashioned signet, and a very worn, broken gold clasp by means of which it would once have been attached to the waistcoat watch-chain of Molly's father, my great grandfather James Waddell. How it came into Mollie's possession must remain a matter of conjecture, but I nowadays know the individual histories of her parents and siblings and find it entirely credible that the signet should have come to rest with her as she was the last survivor of those two generations. 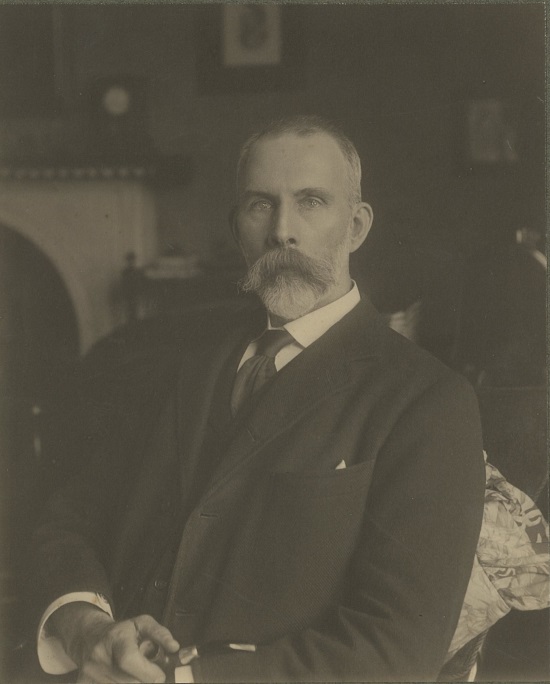 What, you might well ask, is a signet – some sort of ring? A signet ring, indeed?

Not so; signets were (and still are, I suppose) generally smallish triangular glass prisms, with slightly rounded, or faceted, edges and corners, and a personal emblem (insignia) engraved on one of the principal faces – though in principle all three could have been likewise engraved, with different insignia perhaps. The emblem was, so to speak, back-to-front, so that when pressed down on hot sealing-wax, an image of the emblem would be impressed right-way-round.

If a document sealed in this way were to be opened, the seal would first have to be broken, revealing from then on that the document had been read by some third-party, and quite possibly tampered with. Squillions of dolllars are nowadays being expended on reproducing a similar precaution in secure electronic communications.

Here's a picture of this particular signet (a little bit battered but still fit for purpose) and the (worn and broken) gold clasp in which it would have been put to use to seal a document or an envelope for the post. 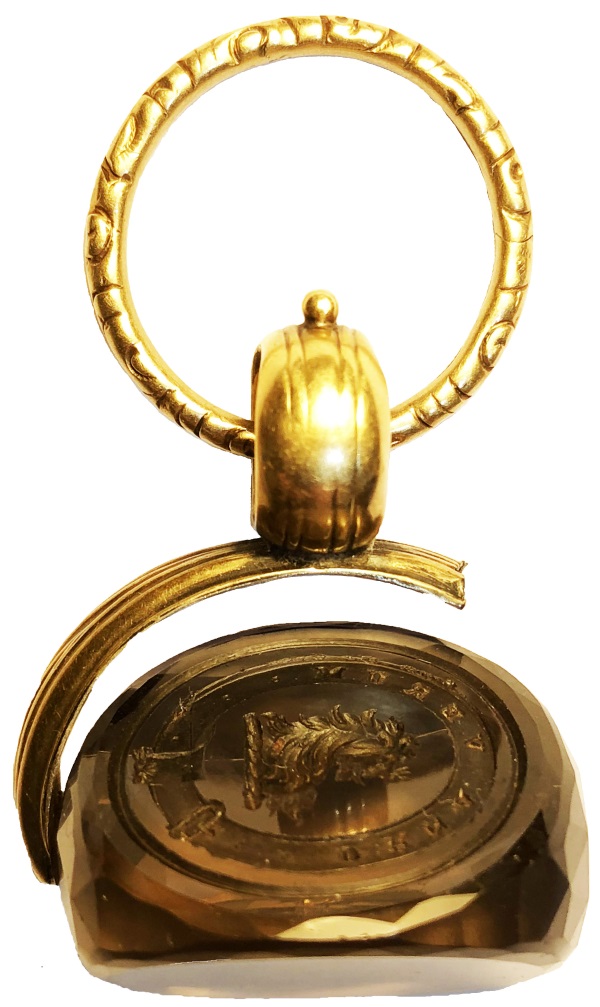 And here are two images of the engraved insignia – the first in negative (low-relief) and the second effectively in positive (high-relief) as per the wax seal thereby produced. 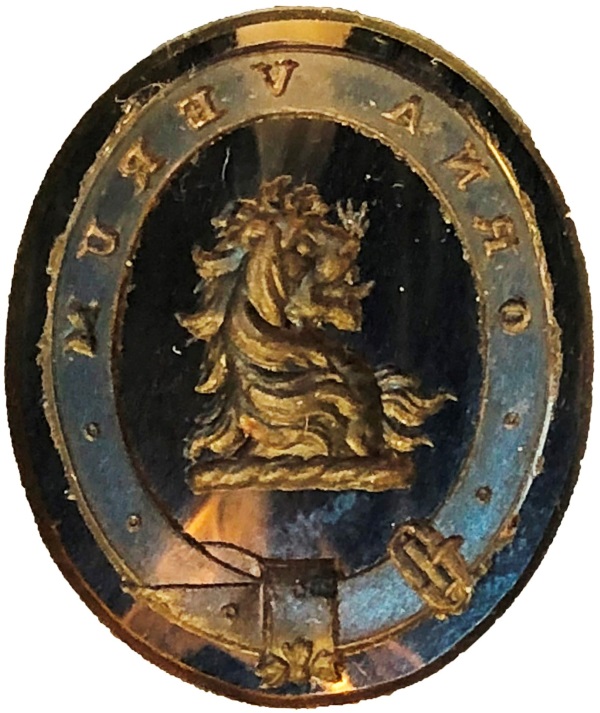 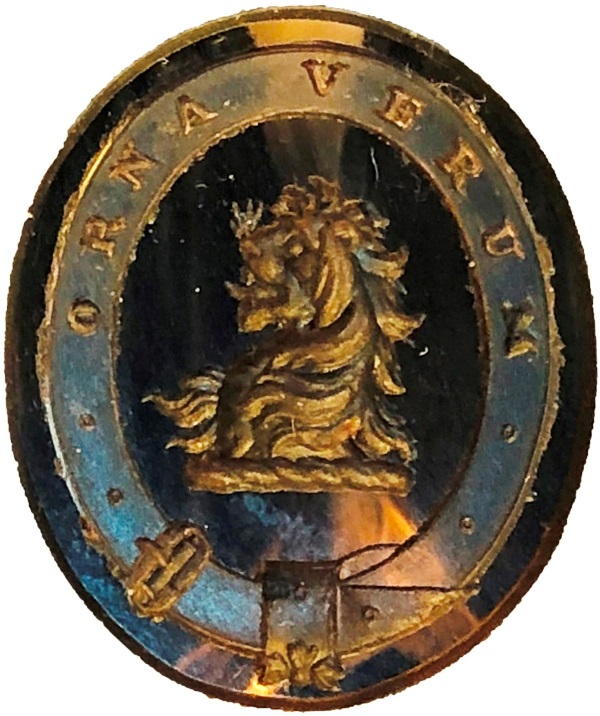 Very clearly in both images we see the crest of a lion's head resting on a heraldic wreath, and surrounded by a belt on which is engraved the motto ORNA VERUM.

In retrospect, this is not surprising as James was the eldest son of the celebrated clergyman Peter Hately Waddell, who had been the eldest son du deuxième lit of James Waddell ninth (Laird) of Balquhatstone, who on 19 Dec 1818, in desperate financial straits, sold the house and estate to his distant cousin George Waddell of Ballochney.

And, in even deeper retrospect, Unlucky Jim (as I nowadays think of the ninth laird) was the direct primogenitive descendant of the first laird, who had been granted the estate by King James IV of Scotland in the early sixteenth century.

All this was known to great grandfather James, and indeed he wrote it all down at the time, very carefully and precisely, as may be read elsewhere in this website. It almost certainly wasn't known in detail to my father, who in 1965 passed on the signet to one Sonia Kaulback, who lent it to Garrards so they could engrave a signet ring (now in the possession of our son) for my 21st birthday in early 1966. The following year, for reasons inexplicable to outside observers, she consented to our marriage.

And she and I still possess the signet. Of course its likely actual age would have to be established by an expert and given the frangibility of such things probably itself wouldn't go back further than the eighteenth century. But nevertheless it is a powerful symbol of family history and identity. Little wonder, therefore, that I chose the name OrnaVerum for the website that I (and Eboracus) began to develop in 2011.