Mollie was born in Singapore, the eldest daughter of the family. Her father James was at that time employed by the Netherlands India Steam Navigation Company, with complete responsibility for the operation of their passenger and cargo vessels operating between Penang, Singapore and Java. After being headhunted in May 1892 by the Royal Dutch Company to be their General Manager in that same area, he discovered that the job was a poisoned chalice: in March 1893 he resigned, and the family finally returned to Glasgow. His health was broken and he was a semi-invalid thereafter. It has been remarked that the household at 19 Kelvinside1 Terrace South was not the cheeriest of places in which to grow up.

Despite this decline in the family fortunes, the children received excellent educations and all but Robert (who decided on a shipyard engineering apprenticeship) went on to graduate from the University of Glasgow.

I've not yet discovered what course of study Mollie pursued, but it might well have comprised a mix of subjects similar to that her younger sister Meg took some years later. Be that as it may, Mollie emerged at the age of 23 with an MA, as recorded on the University website.

Mollie and Meg were fortunate beneficiaries of the newly enlightened policy of Glasgow University that allowed women equal access to higher education there. Indeed, it is interesting to compare the (approximate) dates at which the principal universities of Scotland and England first permitted women to graduate with degrees of status fully equivalent to men. Admittedly London emerges top, but look who take the next three places ...

Newly qualified, but bereft of her father James who had died two years earlier, Molly decided to earn her living as a governess, a respectable but hardly well-paid occupation. And, as I recently learned from my Aunt Jane, Mollie thought that the prospects might be considerably better out East, where expatriate British families (involved in the running of the Empire) might well appreciate a university-educated tutrix for their children.

She returned to Singapore, as she probably retained carefree memories of it from her childhood there, and did indeed find employment. But as a spinster, that awful word for an unmarried woman, with no close family in support, she found that social opportunities were at best few and far between, particularly as there was an annual influx of husband-hunting young women who arrived from England at the beginning of the social season – the so-called Fishing Fleet – and a lonely young governess, probably working long hours, would not have got much of a look-in socially.

Her cousin Jean Little, much-beloved in the British community there, did what she could to bring Mollie out of her shell, but Mollie's sense of isolation grew and she reputedly started to take consolation from the bottle ...

Although her social life may have been on the back burner, Mollie seems to have built a career for herself, describing her occupation as 'Educational' in the passenger lists of the steamships on which she travelled between Singapore and London over the years that followed.

I've scrutinised the UK Incoming and Outgoing passenger lists recorded on the ancestry.co.uk website, and the results are tabulated below. Her first outward journey is certainly missing, and I would guess that a number of other journeys back or forth are missing too. I'd be very appreciative of any further information about her travels.

(* As can be seen from the inattention as to date on some of these lists, we must rely on the dates provided on the panels by the ancestry website.)

But, incomplete as the record may be, an image develops of a determined, possibly formidable, woman able to cope with the rigours of transcontinental voyages in what would probably have been quite Spartan accommodation on board, despite invariably travelling First Class. It's interesting to note that on the first trip tabulated above Mollie was accompanied by her brother Peter (the ICS against his name denoting Indian Civil Service) – he was not yet married and it would have been a welcome opportunity to travel together and catch up with each other's news. 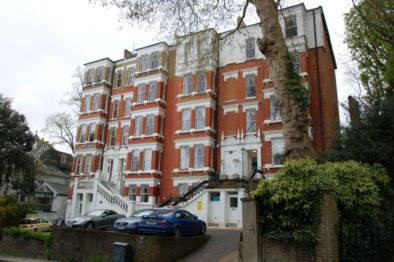 At about the beginning of 1918, as the Great War was still going strong and Ludendorff was polishing the final details of his great offensive to win the war decisively for Germany, Margaret Waddell, James' widow, moved down to London from Glasgow, buying an apartment (No 9) in Frognal Mansions at 97 Frognal in Hampstead. Her motivation was probably at least twofold: her younger son Robert and his family, newly returned from Seattle, had settled into temporary accommodation in London, and her younger daughter Meg was engaged to marry Lewis Ferguson, a London barrister.

This is, at least, the timeline supported by the London electoral records, accessible via ancestry.co.uk; no such records were kept during the First or Second World Wars1. There is a more or less continuous sequence of electoral records for Margaret's residency at 9 Frognal Mansions from 1918 until 1938 inclusive. The missing dates are 1919/26/27/34, but never mind.

It's interesting for our present purposes to see from the record for 1924 that Mollie stayed quite some time with her mother, prior to setting off for Penang on 17 May that year (as per the table above).2

And when Mollie's teaching stints in the Malay States finally wound down in 1932, she took up permanent residence with her mother at 9 Frognal Mansions, becoming the sole occupant in 1940 when Margaret died and bequeathed the apartment to her.

In her later years, gradually outliving her mother and brothers, she became very reclusive, only my father staying in touch with her. When she died in 1955, he was virtually the sole beneficiary of her will, to the possible chagrin of others in the family, and thus began the period of extravagant affluence that was to be his undoing.