I should like to dedicate this unit of the website to the memory of my paternal uncle, Alexander (Sandy) Wingate Waddell, with the greatest admiration, respect and affection: 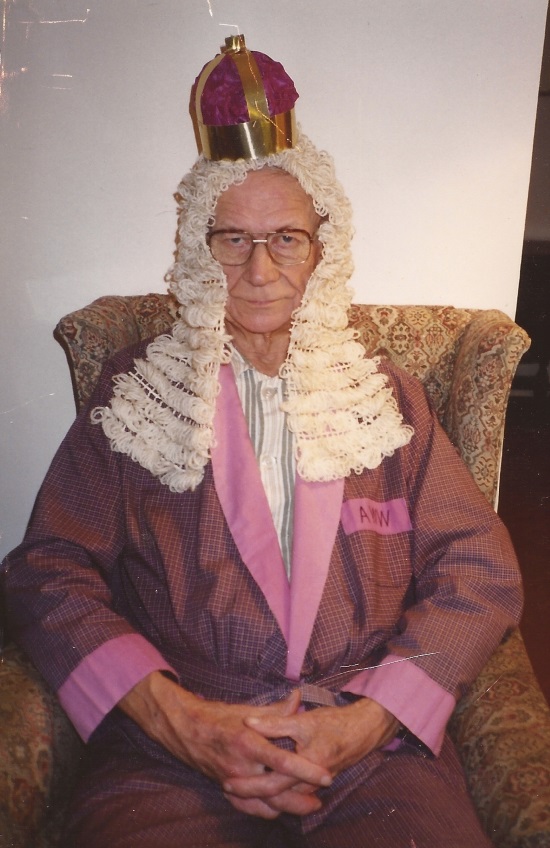 As the fictitious Old King Cole
in a Christmas pantomime

He was a man of total integrity, great good humour, and the utmost decency and propriety – those traditional virtues which once upon a time were identified as Englishness.

He was however of Scottish parentage, and in due course developed that defining interest in family descent, characteristic of expatriate minorities the world over. His meticulous researches into the Waddell, Little and Findlay family backgrounds form the bedrock of what you may read elsewhere herein.