Origins of the Erskines of Dun

The following extract is immensely illuminating – other people may say that Nisbet got there first, though for me he presented the hat but didn't extract the rabbit.

The Magna Charta Sureties, 1215: The Barons Named in the Magna Charta, 1215, and Some of Their Descendants who Settled in America During the Early Colonial Years; Frederick Lewis Weis, Walter Lee Sheppard, William Ryland Beall; Genealogical Publishing Com, 1999 (Google eBook) 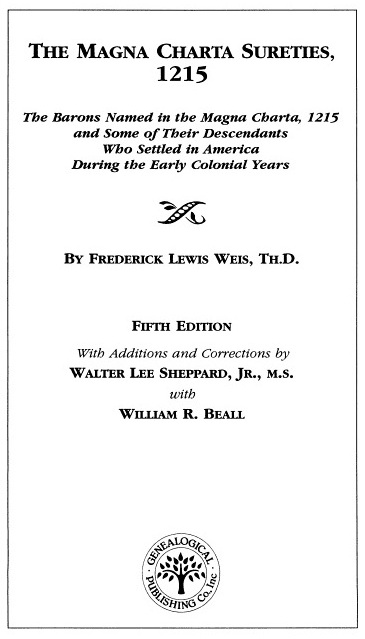 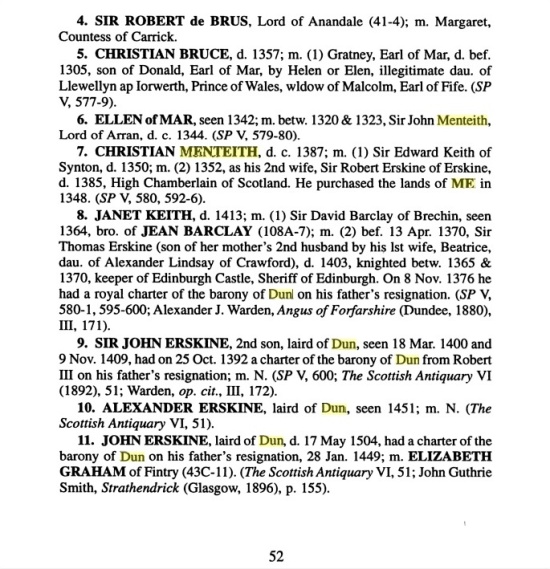 Part of Page 52, rather needless to say.

As always, Google obscures the bits it thinks you might find really interesting, but it can be fooled, of course, by choosing a different set of search-keys, and so I can assure you that (as per paragraph 7) it was the lands (ie Barony) of Dun that Sir Robert Erskine of Erskine (ie of that Ilk) bought in 1348, whilst his first wife Beatrix de Lindsay (whom had married at least 8 years previously) was still living. So it was a business investment, and not part of a dowry.

But, curiously, (as per paragraph 8), he resigned the charter well before his death in 1385, enabling his son Thomas Erskine to receive it on 13 Nov 1376.

And (as per paragraph 9), Thomas Erskine duly resigned the charter well before his death in 1404, enabling his son John Erskine to receive it on 25 Oct 1392. And it was John who we now know, rather arbitrarily, it would seem, as the First Laird of Dun.

We have to assume that the lady to whom Nisbet (vol 1, p 36, as reproduced below) refers as the heiress of Dun of that Ilk was Beatrix de Lindsay, but for me the trail goes cold at this point: