I have in my possession a well-thumbed, faded-green volume, to which I have referred many times. It is a learned commentary on the National Parks and Access to the Countryside Act 1949 by R N Hutchins (Butterworths, 1950) and a foreword by the eminent king's counsel, and first chairman of the Standing Committee on National Parks, Sir Norman Birkett.

The 1949 act was seminal because it gave us not only national parks, nature reserves and areas of outstanding natural beauty, but definitive maps of rights of way, the beginnings of access to open country, and long-distance paths (now national trails).

Richard (Dick) Hutchins has died aged 97 on 19 January 2013. He leaves a significant legacy beyond his invaluable reference book. He was a lawyer with a huge love of the countryside, public paths, walking and access and, as assistant solicitor to Derbyshire County Council, he was responsible for the county's survey of public paths under the 1949 act, recording nearly 3,000 miles of paths and claiming all the canal towpaths. (In many counties the towpaths failed to get on the definitive map.) He also established the High Peak and Tissington trails in and around the Peak District.

Importantly, too, as lawyer to the Peak District National Park Planning Board, he did the legal work for access agreements for about 70 square miles of the national park. The access provisions of the 1949 act were barely implemented outside the Peak Park. Half a century later he was delighted to attend the second reading in the House of Commons of the Countryside and Rights of Way Bill, on 20 March 2000, which gave much greater freedom to roam. 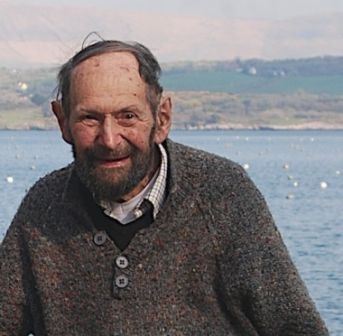 Dick used to recall hearing with great excitement, as a 17-year-old, about the Kinder Scout trespass in 1932. He was educated at Bradfield College and the London School of Economics where he went in 1934 to study law. In 1939 he trained at Sandhurst as an officer cadet, and served most of the war as a staff officer in Britain, ending as a lieutenant-colonel.

In 1935 he had joined the newly-formed Ramblers' Association. He walked in the countryside most weekends, making use of Southern Railways' special ramblers' trains. His law studies included the campaigns for the right to roam, which was gathering a head of steam, and inspired him to join the Commons, Open Spaces and Footpaths Preservation Society (now the Open Spaces Society). The society's booklet on how to conduct a footpath survey, Surveys and maps of public rights of way (January 1950), was reproduced as an appendix to his book about the 1949 act.

Dick was anxious that no one should think he wrote his book during work time. He ends the preface with the words: 'In conclusion, lest the appearance of this book from a county office should give the impression that there are any sinecures in the local government legal service, I hasten to add that work on this most exciting Act has absorbed two annual leaves and involved a regular reveille at 5am.'

When Dick had finished the book he wrote to the Ministry of Town and Country Planning to ask if one of the civil servants who had worked on the act during its passage through parliament would comment on the draft manuscript. The ministry offered him Miss Isabel Kuhlicke, who had attended the debates on the 1949 bill in the House of Commons, sitting in the official box and handing notes to the minister, Lewis Silkin. Dick and Isabel found they had a lot in common, including a love of walking and maps. They were married in 1955 and lived in the Peak District.

He published an article about the Pennine Way in the Open Spaces Society's Journal of November 1952, having walked the path earlier that year. This was after it had been approved by the Minister of Local Government and Planning, Hugh Dalton, on 6 July 1951 but before any signs went up. He got details of the route from Tom Stephenson and Hugh Dalton, via Isabel. His article begins: 'Mount Cheviot, Hadrian's Wall, Cross Fell, High Cup Nick, Cauldron Snout, Penyghent, Malham Tarn, Bleaklow and Kinder Scout; like an incantation, the names on this wild route are enough to persuade even our car-minded generation to seek them out.' His article is unsigned, and the index merely has the initials RNH.

Another long-standing member of the Commons Preservation Society, Eddie Young, wrote to me some years ago to say that he used to walk regularly with Dick up to Kinder Downfall. 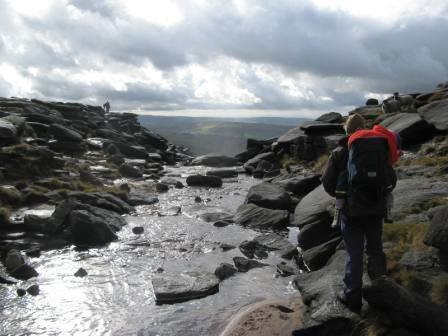 Fortunately Dick has left many scrapbooks of his life. He sent me a taster, an A3 sheet of letters from The Times, April and May 1938, about the proposed Pennine Way, in which contributors fear there would be a concrete path, others warn of the hazards of getting lost in a mist, and Tom Stephenson, inventor of the way, reassures them all. In fact, the long-distance path was not opened for another 27 years.

Dick's family were protestants from Bantry near Cork in Ireland. He loved the family home at Ardnagashel and returned to it often. He spent his first six years there and returned for his last years, until he had a stroke and moved to Chaldon, Surrey, to live with his daughter Madeline and her family. Here he took pleasure in looking out over the footpaths and public-access land for which he had worked for so long. He also had a son, and his three grandchildren have inherited his love of the outdoors.