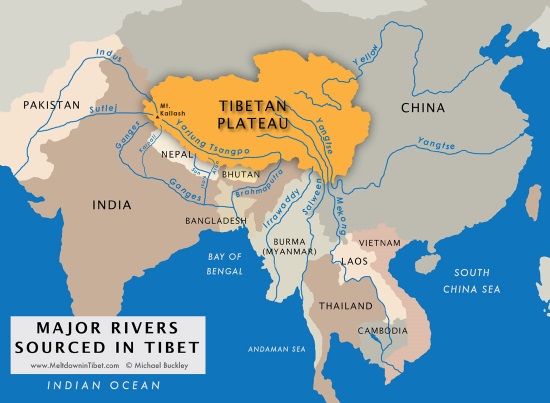 This very clearly shows the course of the Salween river, and by implication displays the full extent of Tibetan history and culture prior to 1959. The location of Burma – most important in connection with Ron Kaulback's final expedition in 1938/39, and the part he played in the expulsion of Japanese forces in the latter part of WWII – is also shown. 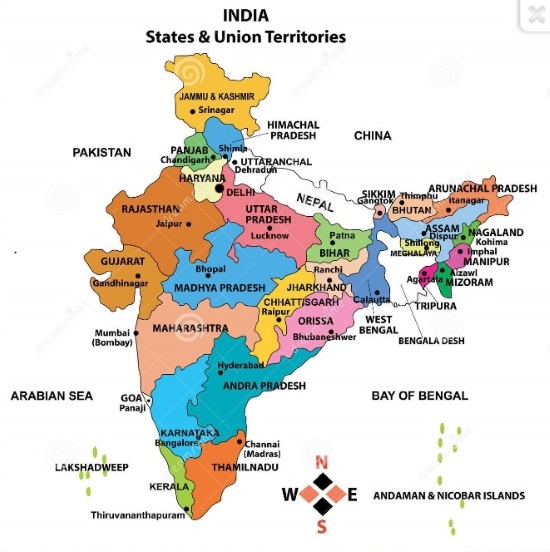 And this shows the dispositions of the three independent Himalayan states of Assam, Bhutan and Nepal (Sikkim is part of India, to my surprise!). It's also very useful as regards Indian geography – I always find it difficult to remember the precise locations of Delhi, Mumbai, Chennai, and Kolkata, which under their original names were preeminent in the history of 'British' India, right up to Ron Kaulback's time.

Unfortunately, however, the northeast corner is labelled as China. What might it say in a couple of centuries' time?

In the same way that the opening chords of a Bruckner symphony contain in embryo all the majestic unfolding and development that follows, the hubris and over-reach of the resurgent entity that annexed Tibet in 1959 contain the seeds of its own ultimate metamorphosis into a more relaxed and detached relationship. I'm no Sinophobe, and who can help but admire their own ancient civilisation, technical ingenuity and artistic accomplishments – and feel guilty embarrassment at British behaviour during the Opium Wars – but it is undeniable that the rise and fall of mighty empires has been the recurrent backdrop to global history since time (almost) immemorial, and China in its present form (like the British Empire) will be no exception.

It may be a long time to wait but Tibetans are patient and resilient people.