Variants on the Theme

Actually, I'm pretty sure that the arms displayed in Bill and Fenja's London house (69 Cadogan Gardens) were on a rather larger scale than those in their Stamford retreat (82 Tinwell Road), but are now lost to history.

Those on display in Stamford were photographed by my wife Sonia, Bill's niece, during the three days she and I spent in Jun 2013 helping to cleanse the industrial-scale Augean stable that his younger son Roy had created during the years that followed Bill's death in 1995.

Probably the best of the images she took is this next: 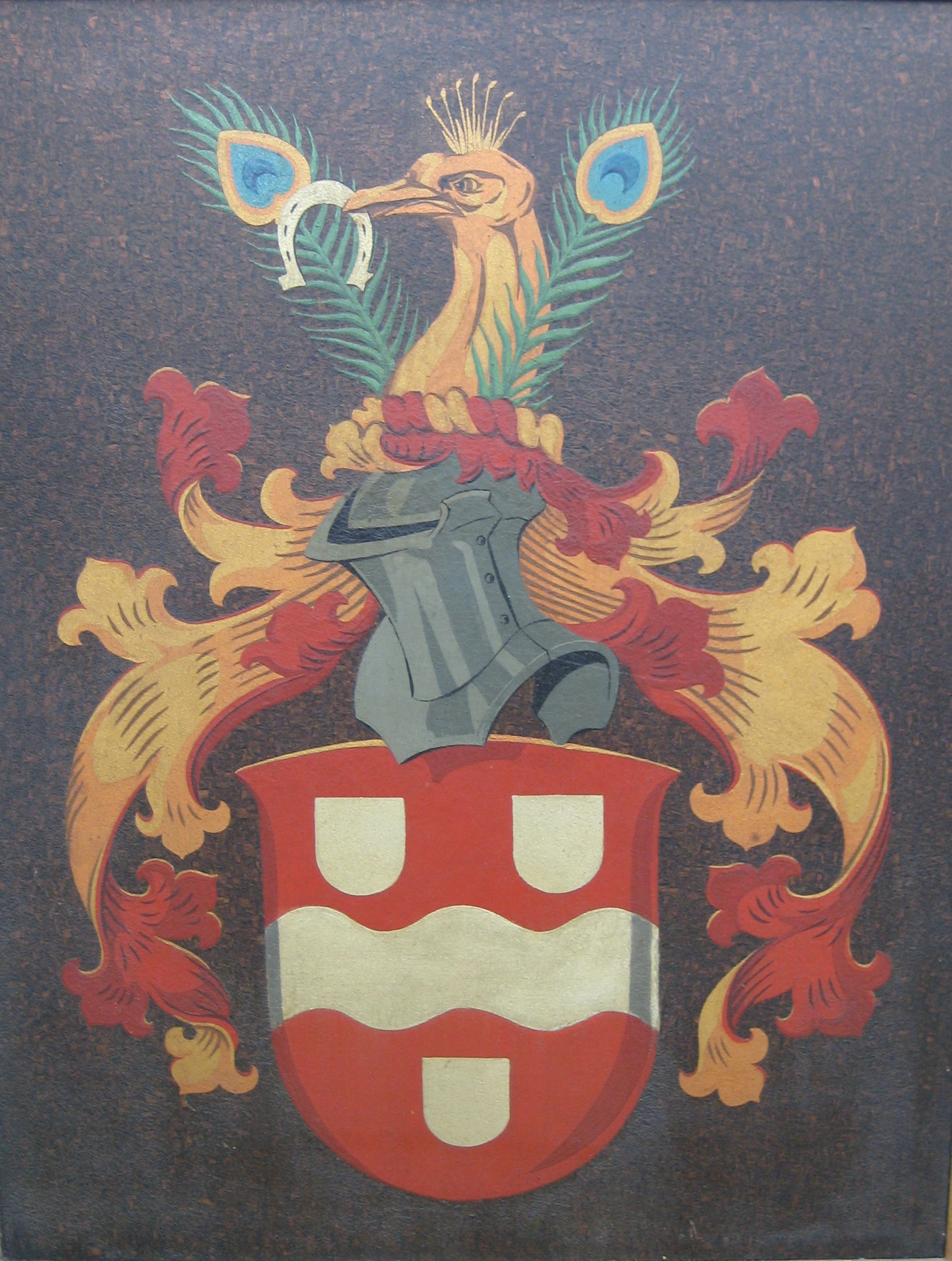 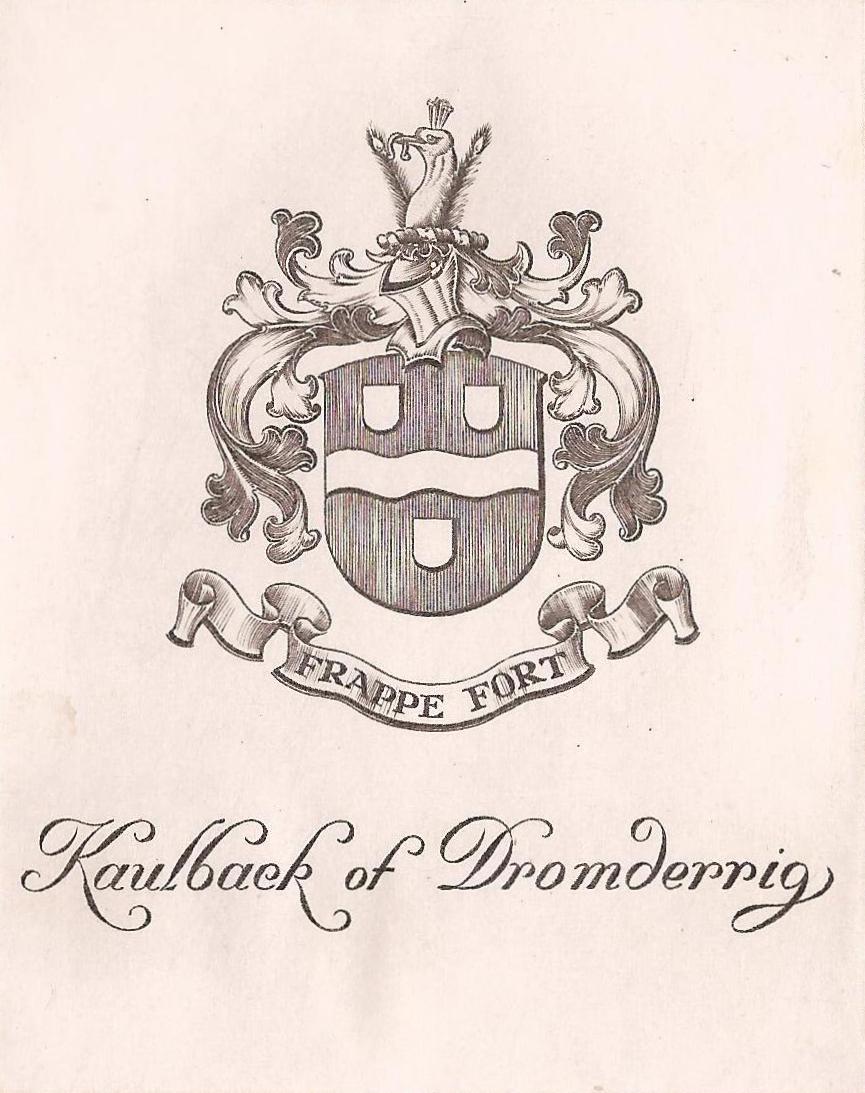 – essentially the same as that depicted earlier, but with a distinctly overstated feudal claim – Dromderrig (Drom Daireach) was the principal house, in which his mother Granny Kaulback had lived in the 1950's, of the beautiful coastal Kinsale area of southern Ireland. 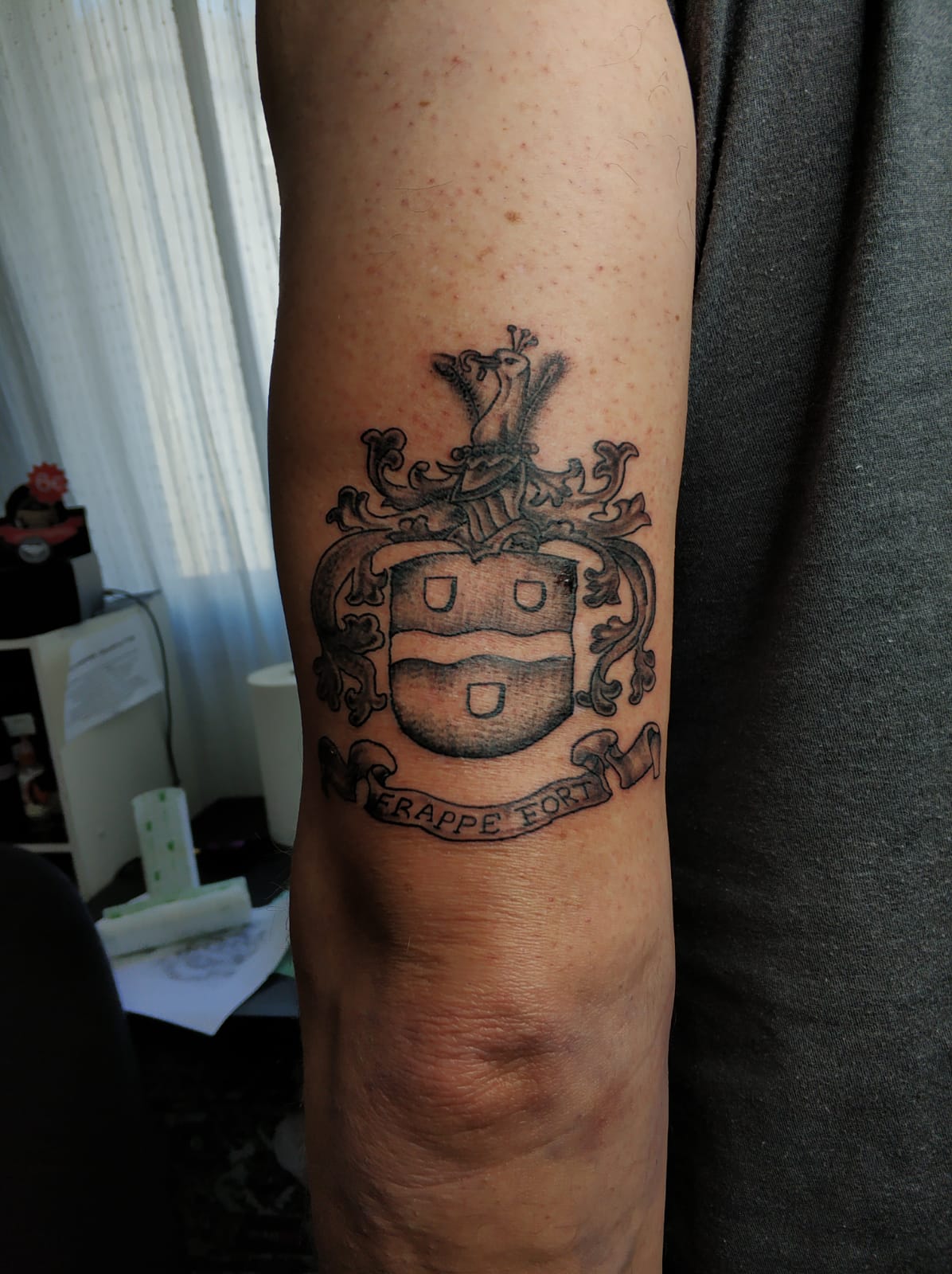 This very fine new tattoo (Jul 2019), displayed by a Kaulback stalwart on his substantial LHS triceps, takes the family heraldry into the human body-zone for the first time.