Despite her remarkably busy social calendar, Audrey Kaulback (my mother-in-law and a niece of Edward James), read The Times every day, and The Observer on Sundays. She took a particularly close interest in matters relating to her own family connections, and an especially keen eye on anything to do with West Dean and the Edward James Foundation.

Uncle Edward had of course dissipated his colossal fortune (which he had rebuilt after the Inland Revenue appropriated most of what his father had bequeathed him) in the development of the Las Pozas estate in the Mexican jungle, and construction of huge surreal concrete edifices within it. It was his to spend, and he spent it – but in order to meet the budgetary needs of the Edward James Foundation which was (and still is) financing West Dean College, it became necessary (as the Trustees saw it) to raise money by auctioning much of James' private art collection, plus the art collection he had endowed upon the Foundation, plus eventually many of the surreal artefacts and much of the furniture within West Dean and Monkton House, and even (it was proposed) Monkton House itself.

It's not for me to take sides of course, but all this caused a great deal of consternation in the world of fine art and indeed in the families and descendants of Edward's five sisters. But those of us who may recall H G Wells' story of The Pearl of Love will appreciate that mission-statements evolve and hard decisions have to be made accordingly.

The cuttings reproduced below are as made by Audrey herself and will of course reflect her own perspective. Anyway, they're very informative and make good reading. 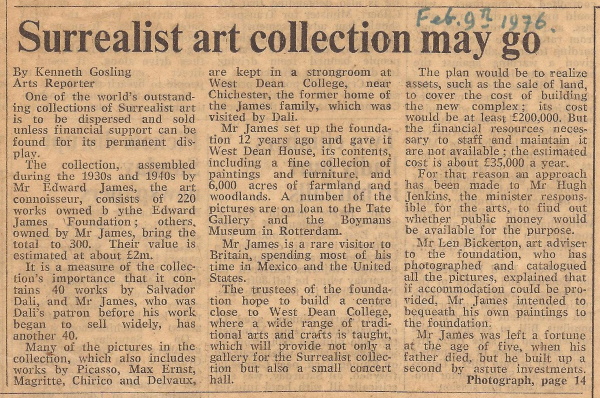 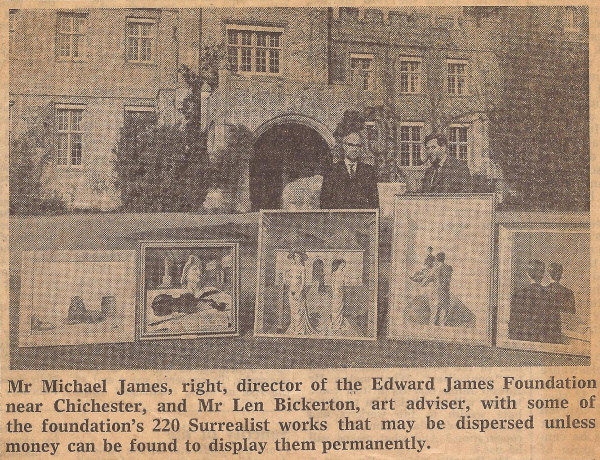 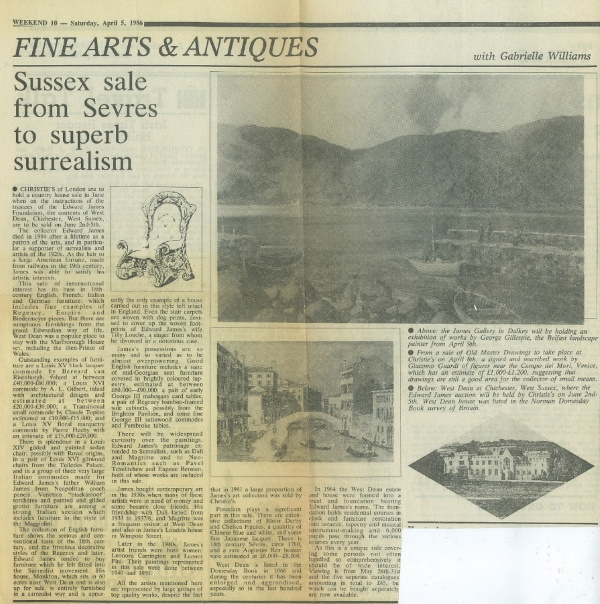 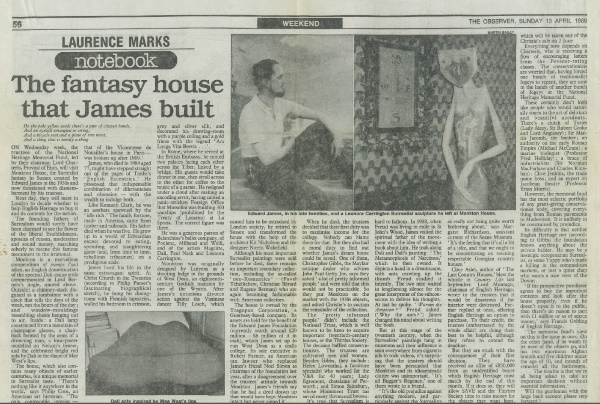