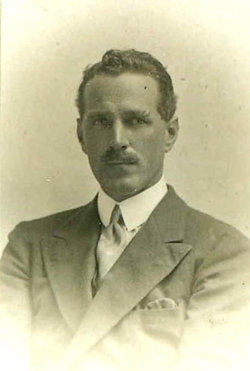 He was born on October 19, 1886, the second son of the late Mr. W. P. J. Fawcus, of Keswick, Cumberland. He was on active service with the Marakwet patrol in British East Africa in 1911, and was mentioned in dispatches. When the War broke out on August 4, 1914, he was on active service the next day with the King's African Rifles in German East Africa, and served there till February, 1915, when he went to Egypt with the 7th Manchester Regiment. In May, 1915, he was in Gallipoli with the 7th Manchester Regiment and the 1/6th Lancashire Fusiliers, and was awarded the Military Cross for leading a night attack at Cape Helles in August, 1915, and was made a Chevalier of the Legion of Honour for his bombing work on Gallipoli. From January to July, 1916, he was in Egypt with the 7th, 8th, and 9th Manchesters, and then served in France till July, 1918. He was awarded the D.S.O. in June, 1918 for his command of a battalion of the 1/5th North Staffordshire Regiment and afterwards of the 1/5th Sherwood Foresters for 18 months.