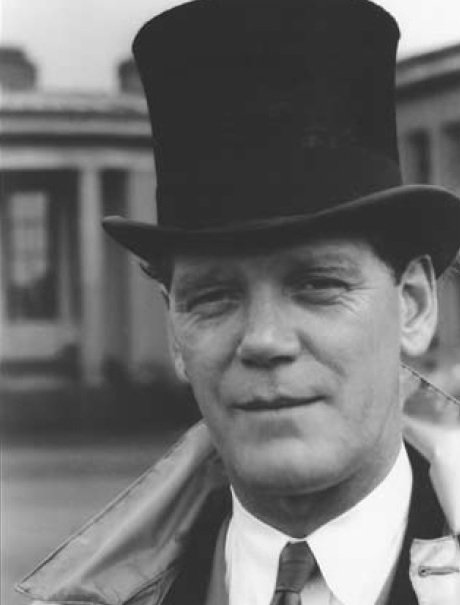 Dan Gill graduated with distinction in Geology in 1938 from the University of Leeds. His mentor at Leeds, Professor R.G.S. Hudson, often referred to Gill as his most distinguished student.

Gill then joined the Attock Oil Company and was posted to Pakistan where he played a key role in the discovery of a number of oil fields in the Himalayan foothills. He was also involved in some exploration work in Burma during the Second World War. By the late 1940s Gill had become an acknowledged leading authority on Himalayan geology.

In 1948 he resigned from Attock and took up a lectureship at Nottingham. While at Nottingham, he completed a thesis on his Himalayan work and submitted it in 1950, together with a number of articles he had already published, to the then Professor of Geology at Leeds W.Q. Kennedy. Kennedy became so impressed with the quality and scope of the work that he recommended Gill for a DSc.

In the following year, Gill was appointed to the Chair of Geology and Mineralogy at Trinity College, Dublin, becoming the youngest professor and holder of the DSc degree in Britain and Ireland, at the age of 35. Over the next 10 years Gill carried out pioneering work on Irish geology and established himself as an expert in this field.

Together with Professor P.H. Kuenen of Groningen University in the Netherlands, he conducted experiments on subaqueous slumping and introduced the term 'sand volcano'. His paper Sand volcanoes on slumps in the Carboniferous of County Clare, Ireland (1957), is a milestone in the subject. As recognition of these contributions, he was elected Member of the Royal Irish Academy in 1958, an honour conferred on few English geologists.

Gill joined the RSM [Royal School of Mines] as Professor of Oil Technology in 1961, filling the chair left vacant by Illing's retirement in 1955. In 1969 he established an organic geochemistry laboratory, one of the first of its kind in a UK academic institution dedicated specifically to the study of petroleum source rocks.

First and foremost, however, Gill's heart was in field geology, a discipline in which he excelled and was able to inspire others. He emphasised the importance of both geology and related engineering and anticipated the division of the MSc course into petroleum geology and petroleum engineering 12 years before the split actually occurred.

Dan Gill was a charismatic, larger than life character in both the metaphoric and figurative senses who made an indelible impression on those who came into contact with him. With his 6ft 4in frame, he projected an impressive figure and a commanding presence wherever he made an appearance.

I always thought of him as The Venereal Professor, a soubriquet he often used when introducing himself on the alcohol-fuelled social occasions (Mrs Malaprop would of course have said Venerable) at which I happened to be present in some minimal capacity during the early 1960's.

The photograph above was obviously taken when he was considerably younger and soberer than I can remember, but as Churchill once remarked of himself, he had taken more out of alcohol than alcohol had taken out of him.

When moving from Trinity College Dublin to the Royal School of Mines in 1961 Gill took with him a number of research students – Christopher G St C Kendall, Patrick A D'E Skipwith, Jalik A Kaulback, and David J J Kinsman. I never met Kinsman, but got to know the others fairly well in one way or another. Their fluctuating academic alliances and enmities were always a mystery to me.

On arrival at the RSM, I think that they were then redistributed amongst existing faculty staff. Kendall was assigned to Doug Shearman, allegedly remembered for his lovable eccentricities, though I thought he was an irritating neurotic (and he managed to lose the first draft of Kendall's PhD thesis on the train, never to be recovered). However he had (I seem to recall) been a radio operator on the Arctic convoys of vital munitions from Britain to Russia during the war, so deepest respect in that regard. The others might well have been reassigned to Graham Evans, a lovely Welshman.

You could frown and ask yourself whether these are just random ramblings of no significance to the price of fish. The story will come together later, though it will also involve the immensely congenial and capable Godfrey Butler, who joined the team just a little while later from Kingston.

As prequel to this, however, was the front-page story in Trinity News, 7 Jun 1962, of the upcoming expedition of Kendall, Skipwith and Kaulback to the region of Kharg Island in the Persian (aka Arabian) Gulf. This venture had been planned for three years, and my father, 'William' Waddell, as a close friend of Kendall's mother Daphne, had generously provided the services of his direct mailing company, Powertyping, to enlist corporate sponsors for the undertaking. Coincidentally, Bill Kaulback had project-managed much of the construction of the massive oil-terminal facilities on Kharg Island that began in the mid 1950's.

The Royal School of Mines had been incorporated into Imperial College in 1907, but at some indistinct point later on, possibly the1980's, its identity became merged with that of the College as a whole, rather like the angleworm swallowed by the robin.

I've just read (Oct 2016) that geology graduates from Imperial College can now expect to be earning £73,000 per annum after 6 months employment – as key figures in the remorsely rapacious worldwide search for oil, natural gas and rare earth metals that's understandable, but still peanuts compared with the £250,000 per week (or for consistency, per hebdomadem), totalling £13,000,000 per annum, that Wayne Rooney picks up from Manchester United FC.