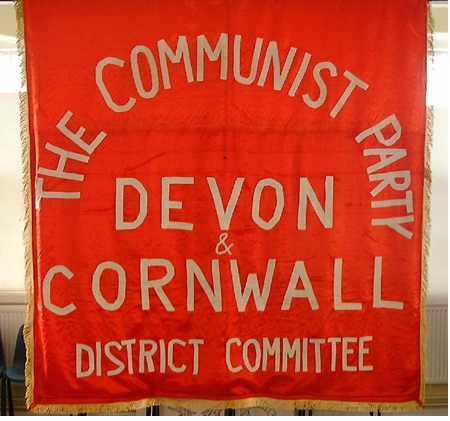 Born Sofka (Sophie) Dolgorouky in St Petersburg in 1907, both her father, Prince Peter Dolgorouky, and her mother, Countess Sophy Bobrinska, were members of leading Russian nobility. She claimed descent on her father's side from Yuri, the founder of Moscow, and on her mother's from Catherine the Great, whom she reputedly resembled in dignity and character if not in looks, although Sofka was a strikingly handsome woman. She used to play with the young, haemophiliac Tsarevich at the Winter Palace, occasionally being joined by Tsar Nicholas. Sofka's grandmother, Olga Dolgorouky, was an intimate of his wife, the mother of the Tsarevich, "The Dowager Empress of All the Russias".

Sofka's parents divorced when she was four or five after her father ran off with a gypsy singer! Her mother preferred the study and practice of medicine to fashionable Russian family life. Sofka was left in the care of her grandmother. She was taught by an English governess and began to prefer the company of servants' children. The lodge-keeper's sons asked her why she should have lessons when they could not even read. This prompted the young Sofka to side with them, earning the nick-name from her grandmother's of 'little Bolshevik'!!

On the eve of the Revolution, Sofka's group of the nobility moved to the Crimea, and in 1919 some of them boarded HMS Marlborough and sailed to exile in Britain. They were hosted by the Duke of Hamilton, and Sofka completed her education in Scotland. The Duchess of Hamilton sort of 'adopted' her as an adolescent and later employed her in her Society for Animal Defence and Anti-Vivisection.

In London she married in 1932, had two sons, divorced in 1937, remarried and had a third son. Sofka divorced her first, émigré, husband, Leo Zinovieff, so as to be with Grey Skipwith, who had originally been her pupil for Russian lessons. A boyishly handsome, intelligent 23-year-old, Grey had hoped to join the Foreign Office after Cambridge and had already learnt French and German. His conventional family, possessed of an ancient baronetcy, was scandalised by his marriage to Sofka, believing that he had been 'snapped up' and ruined by a 'much older' (actually by four years), married, and even worse, a foreign femme fatale. (Grey was 11th Baronet, formally Sir Grey Humberston d'Estoteville Skipwith; Sir Patrick Alexander d'Estoteville Skipwith – is, today, the 12th Baronet.)

Among secretarial jobs that Sofka took in the 1930s included a six year stint as Laurence Olivier's personal assistant for six years. Sofka and Grey, who became an RAF navigator, lived in Cookham Dean, Berkshire, with their baby son, Patrick. Peter and Ian, her two older sons by her first marriage, were already living with their father.

Sofka had been travelling to and from Paris to visit her parents when she went on a final trip to bring mother back to Britain. But, having stayed some weeks first, she found herself trapped by the rapid German occupation of northern France in 1940. (Her mother had been a successful surgeon and a bomber pilot in the First World War and was now a taxi driver!)

In November, following an anti-Nazi demonstration in Paris, all 'suspect elements' were rounded up and all women with British passports, including Sofka, were transported to eastern France and interned in the Besancon barracks; there were about 2,000 of them, plus some old men, White Russians or retired jockeys from Longchamp. In June 1941 the internees were transferred to Vittel, where the internment hotels were an improvement on the barracks but prison conditions still prevailed. The whole experience changed Sofka, as she became a leading figure in the camp's life, starting and inspiring cultural initiatives, a library service (through the Red Cross), and public activities for everybody's benefit.

Above all, it was her involvement with a group of Communist prisoners in the camp that settled the course of her future life. What became known as 'la Petite Famille' spent their evenings discussing the forbidden subject of Marxism, along with literature and wider subjects. For Sofka, this "at last seemed to answer those questions about the inequality of society that had so disturbed me all my life". Through la Petite Famille, she established links with the local Resistance, which was Communist-led, via the men who entered the camp as maintenance workers; they would whisper news, supply wire cutters, and take out messages.

In 1942 Sofka was informed by the camp authorities that Grey had been killed in action on a bombing raid over Berlin. She was so distraught she wanted to die. After taking to her bed and refusing food, she was hospitalised and then gradually nursed back to health by close friends, soothing her when the growling drone of Allied aircraft en route for Germany made her hysterical.

Almost a year after Grey's death, about 300 unusual-looking prisoners arrived in Vittel and were isolated. It emerged that they were Polish Jews, among the last survivors of the Warsaw ghetto, who had managed by chance, influence or 'Aryan appearance' to escape the round-ups. "For the first time we heard the dread names: Auschwitz, Belsen, Dachau..." Sofka wrote. Using a mapping pen, Sofka wrote down the names of all the Jewish prisoners on cigarette papers, rolled them into capsules and sent them out to the Red Cross and to British authorities.

In this unlikely scene, Sofka found love again with a handsome young man of around 30 known by all as "Darling". But suddenly it was discovered that selections were to be made of Jews. Knowing that this would be likely to result in death, some tried to kill themselves, jumping from windows, taking poison or cutting their wrists, while the guards tried to reassure people that the Jews were 'merely being transferred'. Tragically, it was learnt that Darling was going to be taken. Although he might have sought refuge, he voluntarily walked on to the trains.

Sofka displayed her fearlessness when she and a friend saved a newborn Jewish baby, who had been overlooked by the camp authorities. Normally, all Jewish babies were murdered on arrival or birth. But this baby was sedated by her rescuers, put in a Red Cross box and, after the perimeter fence had been cut, passed over to the Resistance in the middle of the night and thus saved. Decades later, she would be remembered in a semi-official celebration of the sacrifice of many brave defenders of the victims of Nazism. Some fifty Jews had to her to thank for their survival.

Sofka Skipwith's ceaseless activity, on a very poor camp diet, affected her health and she emerged from Vittel exhausted and unwell; but her indomitable spirit soon restored her.

Back in Britain after her repatriation in August 1944, Sofka was re-engaged by Olivier and assisted the Old Vic in its post-war tours of shattered Europe. Patrick, by now aged six, came back to live with her, although her older sons from her first marriage stayed with their paternal grandparents.

Joining the British Communist Party, she was branch secretary for the Chelsea Branch. In 1949 she was an interpreter at the World Peace Congress.

Sofka was also to play a major role in the Party's front tourism agency, Progressive Tours, which organised travel to Eastern Europe and the Soviet Union. In this role, she would find herself taking tourists to visit her grandfather's mansion in a forbidden part of Leningrad, being arrested and then feted by the guards. She even opened up tours to Albania.

Much of this activity now led to a permanent scrutiny of her life by British security forces. MI5 collected hundreds of pages on her; she was followed, her letters were opened, and her phone tapped. In the extensive MI5 files about her that remain, she is described alternately as a "flamboyant creature... who wears rather outré clothes and looks a typical Chelsea bohemian type" but also as "a brilliant linguist with vast contacts in all spheres... This woman is outstandingly intelligent, courageous and active."

Sofka reckoned that she had had more than 100 lovers in her life but she finally settled down to life with her final partner of her later years, whom she had met on a Progressive Tours visit to the USSR in 1957, Jack King. He was a self-educated man, and a bright spark, but the 50-year-old widow's life must have appeared implausibly complex to the 40-year-old toolmaker, who had never married or moved from his home in west London. In retirement they would resettle in a remote stone cottage on Bodmin Moor.

In the 1960s, she settled down to writing and had published in 1968 "Sofka: the autobiography of a princess". She would also subsequently produce a Russian cookery book, a grammar for beginners, and a variety of translations. The cookery interest arising from her Progressive Tours role. As a regular visitor to the Soviet Union, she found herself explaining Russian menus and food to so many that she ended up writing her book, 'Eat Russian' [David & Charles plc. (1973)]. This is a comprehensive collection of over 300 recipes, ranging from cabbage soup to veal with caviar sauce. It describes old customs and examines how the cuisine of the country has evolved over the centuries.

In 1970, aged 78, Sofka gave her brass and moss-green velvet diary, which had been made for her own great-grandmother, in which she had written her thoughts from 1940, to her then 16-year old grand-daughter, Sofka Zinovieff, who had been named after herself. (In a typically eccentric display, the granddaughter knew Sofka as 'Moppy'.) This would eventually result in Zinovieff's "Red Princess – A Revolutionary Life".

Although living an insular life in her last years, Sofka considered herself to still be a Communist to the end of her days. She appeared just six weeks before her death on a Timewatch television documentary on Rasputin, recalling the pre-1917 Russia from which she had come so long ago. Sofka died at Blisland, Cornwall on 26th February 1994, where she had lived her last 30 years.