Russian émigré who, as a child, glimpsed Rasputin and saw Tsarist officers being shot by their men 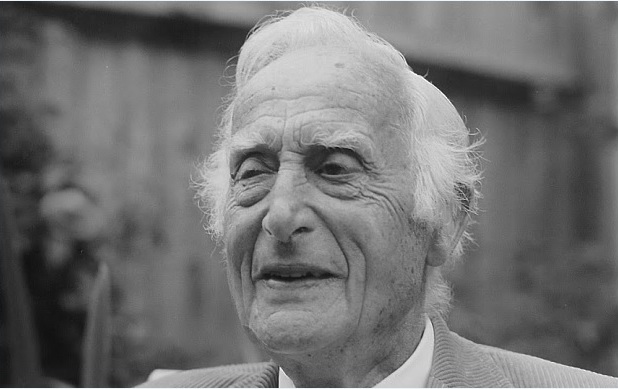 Kyril Zinovieff, who has died aged 104, was a first-generation Russian émigré who served in the British Army, spent his working life as a British civil servant, and became an acclaimed translator of works by Russian writers; as a child he caught sight of a laughing Rasputin and remembered Tsarist officers being shot outside his bedroom window in 1917 during the Russian Revolution.

The youngest of four children, Kyril Lvovich Zinovieff was born in St Petersburg on September 11 1910 into one of Imperial Russia's most illustrious families. Their association with St Petersburg had begun soon after the city first became the capital of Russia under Peter the Great. They shared with Pushkin descent from Peter's African slave, Hannibal, and Kyril could also claim descent from the plotters who brought Catherine the Great to the throne by murdering her husband Peter III. The main instigators of the coup were the Orlov brothers: their mother was a Zinovieff, and the wife of Grigory Orlov (one of Catherine's lovers) was also a Zinovieff.

From then until the Revolution of 1917, Zinovieffs were a constant presence in the city's administration. Kyril's father Lev (Leo) was Marshall of the Nobility for the Peterhof district and his grandfather was the last Tsarist governor of the province of St Petersburg. After the introduction of a constitution in 1905, Lev Zinovieff was elected to the Fourth Duma as a member of the liberal Octobrist party, while his father became a member of the upper house, the Council of State. Other relatives included Kyril's great aunt Lydia Zinov'eva-Annibal (1866-1907), wife of the poet Viacheslav Ivanov and (among other things) the author of Thirty-Three Abominations, a novella which dealt with the then taboo subject of lesbianism. 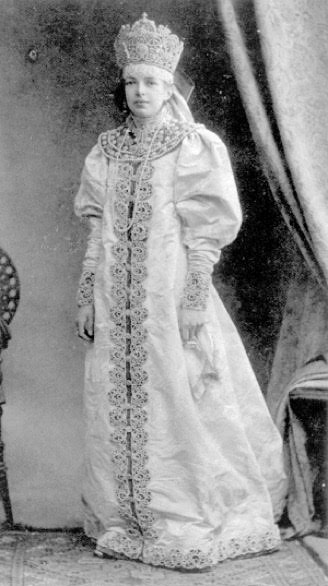 Kyril's mother, Olga Baranova, was the daughter of a cavalry general who became Minister of the Court of Tsar Nicholas I's son, Grand Duke Mikhail Nikolayevich. Before her marriage, Olga had served as Maid of Honour to the Dowager Empress Maria Feodorovna and the Empress Alexandra. Both the Baranov and Zinovieff families had estates in Estonia.

Kyril and his siblings spent their early years among the elite of imperial St Petersburg and he and his older sister Elena, who died in 2013 aged 104 (a brother, Leo, died in a railway accident in Britain in 1951 and a sister, Olga, died in 1981), had magical memories of watching the ballet from their grandfather's box at the Mariinsky Theatre, with butlers serving dinner in the interval.

Although the family fled into exile after the Revolution, when Kyril was seven years old, both he and Elena retained vivid memories of the last days of Tsarism – including a chance encounter with the 'Mad Monk', Grigori Rasputin, in 1916. Kyril recalled how, when walking in St Petersburg with their nurse, they saw a tall figure in black, 'white teeth gleaming in a black expanse of beard', emerge from a carriage. "Look," said my nurse, "Rasputin – smiling at us!",Zinovieff recalled. "Who," I asked, "is Rasputin?" By the end of the year Rasputin was dead, murdered by nobles who hoped to save Tsarism by ending his sway over the royal family. It did no good: a few months later the Bolshevik Revolution put an end to the imperial regime.

In an interview with The Independent in 2010 Kyril and Elena recalled watching from their nursery window as a military parade being held near the Winter Palace suddenly came to a halt. As an officer separated himself from the ranks, Kyril asked his mother and nurse: "Why aren't they marching? Why is he talking to them? What's happening?" Then, without warning, a shot rang out and the officer fell to the ground; to the end of his life Kyril recalled the way his arms flew back as he fell into the snow. The family realised then that the men were shooting their own officers.

As mutiny turned to massacre, Kyril recalled their nurse shouting down to the soldiers, and being told to mind her own business. "I thought, my God, they're brave! To speak to my nurse like that!" That night, for the first time, the family slept on the floor to avoid stray bullets. 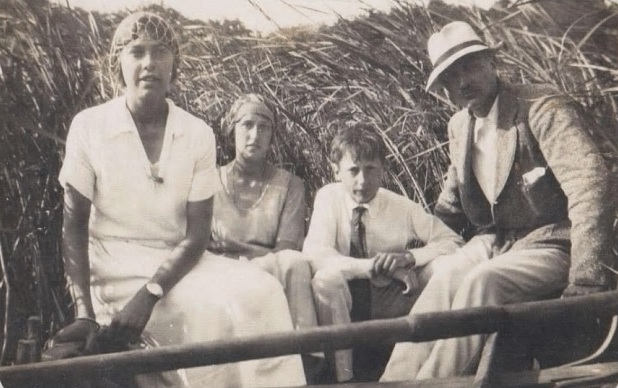 As food supplies dwindled in the months that followed, the Zinovieffs kept going on supplies of dried vegetables brought to St Petersburg by peasants from their estates, all of whom were later shot by the Bolsheviks for helping the 'enemies' of the revolution. When the arrangement began to fail, the Zinovieff children began to suffer from such severe starvation that when they were eventually inspected by an English doctor, he told their mother that they would never be healthy again. In addition they witnessed frequent acts of random violence during the early part of the period known as the Red Terror.

One day in July 1918 the family received a tip-off that their father Leo was 'on the list'. That night the family, with the children's beloved nurse (who hid the family jewels under her ample embonpoint), slipped away from St Petersburg and made their way, by tram, train and donkey cart, to the family estates in Estonia . The next day the border crossing was closed.

The Zinovieffs found themselves unwelcome in Estonia, nervous of its eastern neighbour, and in 1920 the family moved to London, where they made ends meet by selling family assets in Estonia, taking in paying guests and giving Russian language lessons.

Kyril was educated at St Paul's School, then at the London School of Economics. After working briefly as a film extra at Ealing Studios during the Depression, he was recruited by the Foreign Office. 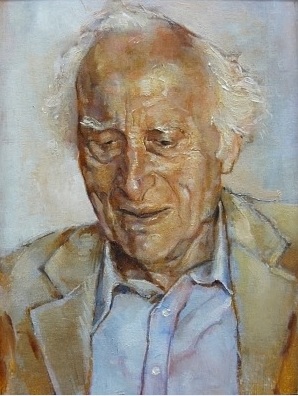 In 1938 he was sent to Prague, where he witnessed Hitler's triumphal tour of the city in March 1939 and recalled a Jewish friend begging him to look after his prize possession, an engraved fob watch, until the end of the war. The man, a doctor, somehow survived Auschwitz and later wrote asking for the watch to be returned. Sadly Zinovieff had had to leave the watch behind in Prague when he received a coded message instructing him to evacuate after Britain declared war on Germany. He remained dogged by the memory of having to break the bad news to a man who had lost everything else in the Holocaust.

With Britain now at war, the Foreign Office advised Zinovieff to change his name, on the grounds that it might be an embarrassment to have a Russian name at the time of the Molotov-Ribbentrop pact. He chose the name FitzLyon (son of Leo), a name by which he was known to many for the rest of his life, not realising that the prefix 'Fitz' implied 'bastard son'.

Called up for military service in June 1940, Zinovieff spent the war in Military Intelligence in the Middle East, mainly in Egypt, but with stints in Iraq and Persia, and was heavily involved in liaising with Russian troops and then German prisoners-of-war around Alexandria.

In 1941 he had married April Mead, who would who would become a distinguished writer and translator under the name April FitzLyon. Returning to Britain after the war, he joined the Joint Intelligence Bureau of the Ministry of Defence where he worked until 1971. Thereafter he devoted himself to teaching, writing and translating, sometimes in collaboration with his wife.

His Before the Revolution (with Tatiana Browning, 1983), used photographs to present a picture of a Russia that is irretrievably lost. His introduction to his translation of Dostoevsky's Winter Notes on Summer Impressions, was considered by Isaiah Berlin to be 'a major contribution to the understanding of influences on Dostoevsky'. He also translated the Memoirs of Princess Dashkova and the Diary of Vaslav Nijinsky

Later, he worked for an American organisation smuggling banned books into Russia and Eastern Europe. 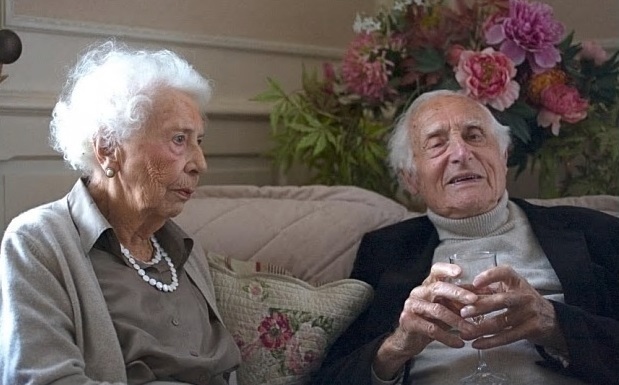 Kyril with Elena on her 100th birthday in France

During the 1980s, and less often in the 1990s, he made regular visits to Russia and eastern Europe. His memory, he liked to joke, stretched from Rasputin to Putin.

After his wife's death in 1998 Zinovieff began a new phase in his life, shared with Jenny Hughes, whom he had first met in the Foreign Office and with whose family he and April had forged a close friendship.

In 2003 he and Jenny published The Companion Guide to St Petersburg, part guidebook, part family memoir, to coincide with the city's tercentenary. They also published new translations of Tolstoy's Anna Karenina (2008) and Khadji Murat (2011), and Dostoevsky's Notes from Underground (2011). A compulsive and brilliant talker (his voice was once described as 'a charming mix of 1920s BBC announcer and the occasional Slavic rolled "r"') Zinovieff had a wide circle of friends who loved him for his wisdom and self-deprecating sense of humour.

Kyril Zinovieff is survived by Jenny Hughes and by his two sons.