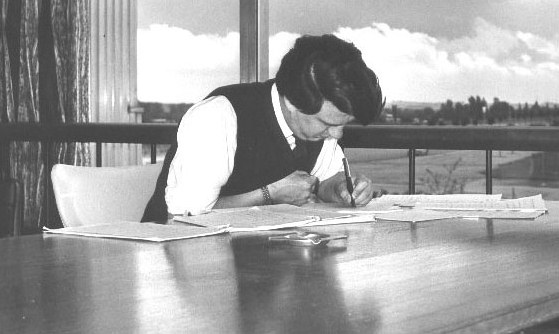 Joseph (Joe) Gerratt (1938-1997) was brought up in Northampton (UK). He graduated in Chemistry from the University of Oxford in 1961 and obtained his Ph.D. in 1966 with I.M. Mills in Reading (UK). He was a frequent visitor to ACL [the Atlas Computing Laboratory] while doing his Ph.D and later. He was a post-doctoral fellow with W.N. Lipscomb at Harvard University from 1966 to 1967, during which time he laid the foundations of Spin Coupled Valence Bond Theory, leading to a major paper published in Advances in Atomic and Molecular Physics entitled General Theory of Spin-Coupled Wave Functions for Atoms and Molecules in 1971.

This paper focuses on a spin-coupled wave function theory, examining its consequences for the understanding of the electronic structure of atoms and molecules pursued at some length. One of the most important features of the theory is the great flexibility imparted to it by the use of many different bases of spin functions. The transformations between such bases provide a useful insight into some of the processes that occur when a chemical bond is formed. In addition, this formulation makes it possible to discuss both the equilibrium properties of molecules and their dissociation into atoms within the same framework. The theory would also then be directly applicable to a much larger class of molecules. The symmetries of the orbitals concerned play a central role in such approximate treatments, because these essentially determine which overlaps may be reasonably neglected and which may not.

After a lectureship at the University of East Anglia (UK), Joe moved to The School of Chemistry at the University of Bristol in 1968, where he was a Reader in Theoretical Chemistry. Joe Gerratt died on 16th October, 1997, aged 59. More details of his work can be found in this obituary from the International Journal of Quantum Chemistry.