Home - Philosophers - Aristotle and the Church

This text makes no pretence of subtlety or depth, but it does express very well the extraordinary way in which the philosophy of a pre-Christian thinker and naturalist became embedded into the Scholastic doctrine of the [Roman Catholic] Church and sucked the oxygen from the Christian message. It has been well said that the Church embraced Aristotle rather than Christ!

Aristotle’s unfortunate relation with the Church

The title needs some explanation. Aristotle was born in 384 BC. He lived long before Christianity appeared on the scene. So how could Aristotle possibly have anything to do with the Church? Especially when he was a philosopher, writer and scientist, and the Church was something of a different domain.

But it is true. Aristotle had a very good relation with the Church. Though not at the beginning; but as time went by their mutual alliance became so strong that it suffocated the entire scientific atmosphere for more than five hundred years.

Aristotle, one of the greatest philosophers of all time, was a student of another famous Greek philosopher Plato, who was, by the way, a student of Socrates. He was also the private tutor of the Macedonian conqueror Alexander the Great. 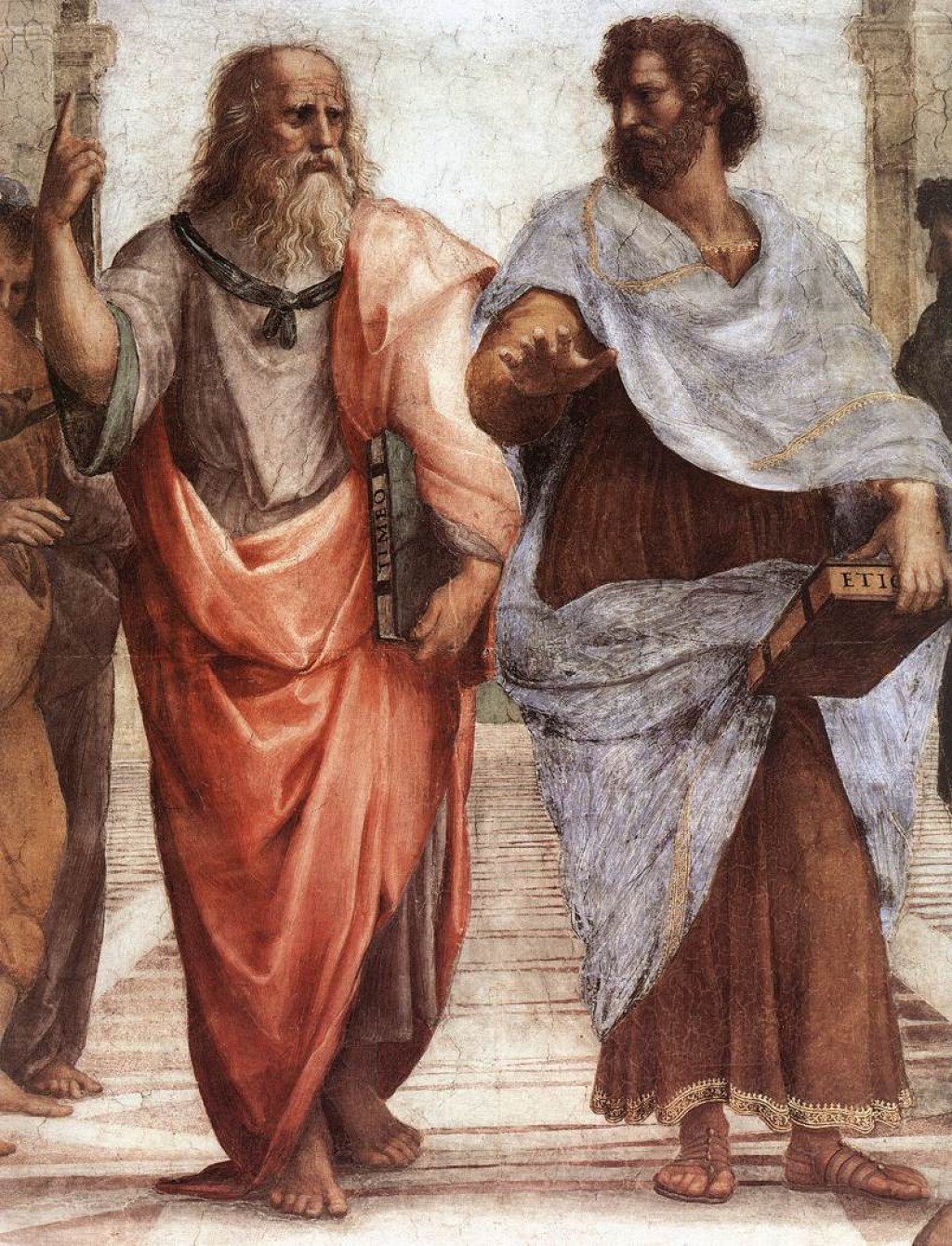 (Raphael fresco in the Vatican, c 1509)
Plato is depicted as Leonardo da Vinci

With help from his powerful student, Aristotle conducted research on a large scale. He wrote a lot, on different topics, made various observations, devised methods, tried to summarize almost everything known at that time in a logical way. The diversity and depth of his knowledge were overwhelming; not only for his contemporaries but also for many future generations to come. It seemed like Aristotle’s writings were all that needed to be known.

When Alexander died, Aristotle found himself in an unfavourable situation and left Athens to avoid being killed like Socrates. One year later he died. All his books were sold to the Library of Alexandria in Egypt.

It was a time of decline for Greek city states. The Roman Empire came and went. Slowly all of Europe fell into darkness. Intellectual practices ceased and many great works of the past were forgotten.

Luckily, Arabs had translated several of Aristotle’s books. Later, around the eleventh century, various ancient texts (including Aristotle’s) were rediscovered by the Europeans from those Arabic translations. Academic activity somewhat resumed in Europe and Aristotle’s books were reintroduced by re-translating them from Arabic.

The Dark Age of Europe was ending, and being able to reclaim their ancient Greek heritage put the European scholars in great amazement.

They spent a lot of time on this newly reclaimed inheritance. Deciphering those ancient books became more important than judging their correctness.

At that time, Church was the dominant political and social power in Europe. The newly introduced ancient books were viewed unfavourably at first. In fact teaching of Aristotelian physics was prohibited in many places. Aristotelian physics never complied well with religious views.

As a result, all of Aristotle’s works, absolutely everything known by his name, became the part of a stagnant Christian worldview.

It wasn’t a good thing. Throughout his life, Aristotle was a sharp criticizer of other’s works. He did his best to revise and reorganize his thoughts with new information. But with the protection of the Church, his own thoughts became immune to criticism.

Anything against Aristotle was considered as an attack against the Christian religion. Any revision of scientific knowledge was no longer possible.And this is how Aristotle’s unfortunate relation with the Church began. The man whose name was once synonymous with knowledge, became its greatest enemy.

Freeing science from the grip of Aristotle (ie the Church) was a dangerous but inevitable struggle. With the passage of time, scholars gathered the courage to criticise his writings. The final blow supposedly came from the Tower of Pisa. But that’s a different story.