Travelling overland back to England from Abu Dhabi in early April 1964, I entrusted most of my personal effects to the warden of the youth hostel in Thessalonika (I had already entrusted much of the money I'd earned in Abu Dhabi to a currency swindler in Constantinople) and hitch-hiked southwards to spend a few days in Athens, planning to collect the belongings at a later date.

I never did reclaim them, but stumbled instead into the most kaleidoscopic mix of technicolour personalities and events ever before or afterwards to be experienced, compared with which much else of my life has been a pale shadow on the wall of a Platonic cave...

I was just 19, already entranced by the philosophy and culture of classical Greece, from my own reading and from vigorous late-evening discussions with Chris Kendall, by the light of a fitful paraffin lamp in a tent pitched in various lonely corners of the Trucial States.

But amongst all the emotional turbulence was a deep and lasting impression made by an allegorical poem I came across, by an obscure, rather seedy-looking Greek civil servant by the anglicised name of Cavafy, based on Odysseus' lengthy journey home to the island of Ithaca after the siege of Troy, as recounted in Homer's epic poem the Odyssey. 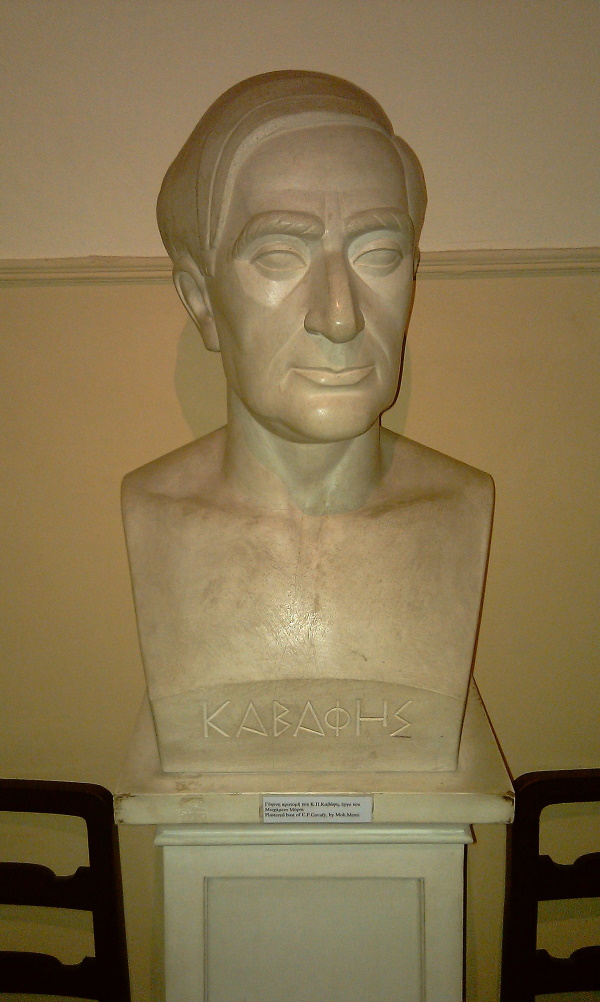 Cavafy, properly known as Konstantinos Petrou Kavafis (1863 – 1933), and more accurately described as Alexandrian, was once characterised as "a Greek gentleman in a straw hat, standing absolutely motionless at a slight angle to the universe." And the poem should properly be written as Ithaka, to reflect the un-anglicised name of the island.

A fascinating book I acquired a good few years ago, and which I will hopefully one day find time to read in full, is Homer's The Iliad and The Odyssey: A Biography, by Alberto Manguel, publ by Atlantic Books, London 2007.

But meanwhile here are two rather differently worded versions, both with great merit. The first version is the one I was so impressed by in Athens all those years ago, and here I am now, rapidly closing in on Ithaca myself.

Wish that the way be long,
that on many summer mornings,
with great pleasure, great delight,
you enter harbours for the first time seen;
that you stop at Phoenician marts,
and procure the goodly merchandise,
mother-of-pearl and corals, amber and ebony,
and sensual perfumes of all kinds,
plenty of sensual perfumes especially;
to wend your way to many Egyptian cities,
to learn and yet to learn from the wise.

Ever keep Ithaca in your mind,
your return thither is your goal.
But do not hasten at all your voyage,
better that it last for many years;
And full of years at length you anchor at your isle
rich with all that you gained on the way;
do not expect Ithaca to give you riches.

Ithaca gave you your fair voyage.
Without her you would not have ventured on the way.
But she has no more to give you.

And if you find Ithaca a poor place,
she has not mocked you.
You have become so wise, so full of experience
that you should understand already what
these Ithacas mean.

As you set out for Ithaka
hope the voyage is a long one,
full of adventure, full of discovery.
Laistrygonians and Cyclops,
angry Poseidon – don't be afraid of them:
you'll never find things like that on your way
as long as you keep your thoughts raised high,
as long as a rare excitement
stirs your spirit and your body.
Laistrygonians and Cyclops,
wild Poseidon – you won't encounter them
unless you bring them along inside your soul,
unless your soul sets them up in front of you.

Hope the voyage is a long one.
May there be many a summer morning when,
with what pleasure, what joy,
you come into harbours seen for the first time;
may you stop at Phoenician trading stations
to buy fine things,
mother of pearl and coral, amber and ebony,
sensual perfume of every kind –
as many sensual perfumes as you can;
and may you visit many Egyptian cities
to gather stores of knowledge from their scholars.

Keep Ithaka always in your mind.
Arriving there is what you are destined for.
But do not hurry the journey at all.
Better if it lasts for years,
so you are old by the time you reach the island,
wealthy with all you have gained on the way,
not expecting Ithaka to make you rich.

Ithaka gave you the marvellous journey.
Without her you would not have set out.
She has nothing left to give you now.

And if you find her poor, Ithaka won't have fooled you.
Wise as you will have become, so full of experience,
you will have understood by then what these Ithakas mean.