On checking the quotation, it turns out to be "...old maids biking to Holy Communion through the mists of the autumn mornings", a rare example of Orwellian over-elaboration, IMHO. But either way, it summons up the essence of Anglicanism, for me at least – its appeal to the older rather than the younger generation, its reverence for traditional and often complicated and nowadays incomprehensible theology, but withal a warming and familiar effect, akin to a mug of Marmite and hot water, and a reassuringly pre-ordained order of service as prescribed in the Book of Common Prayer.

And still it has an emotional hold that is almost impossible to shake off. 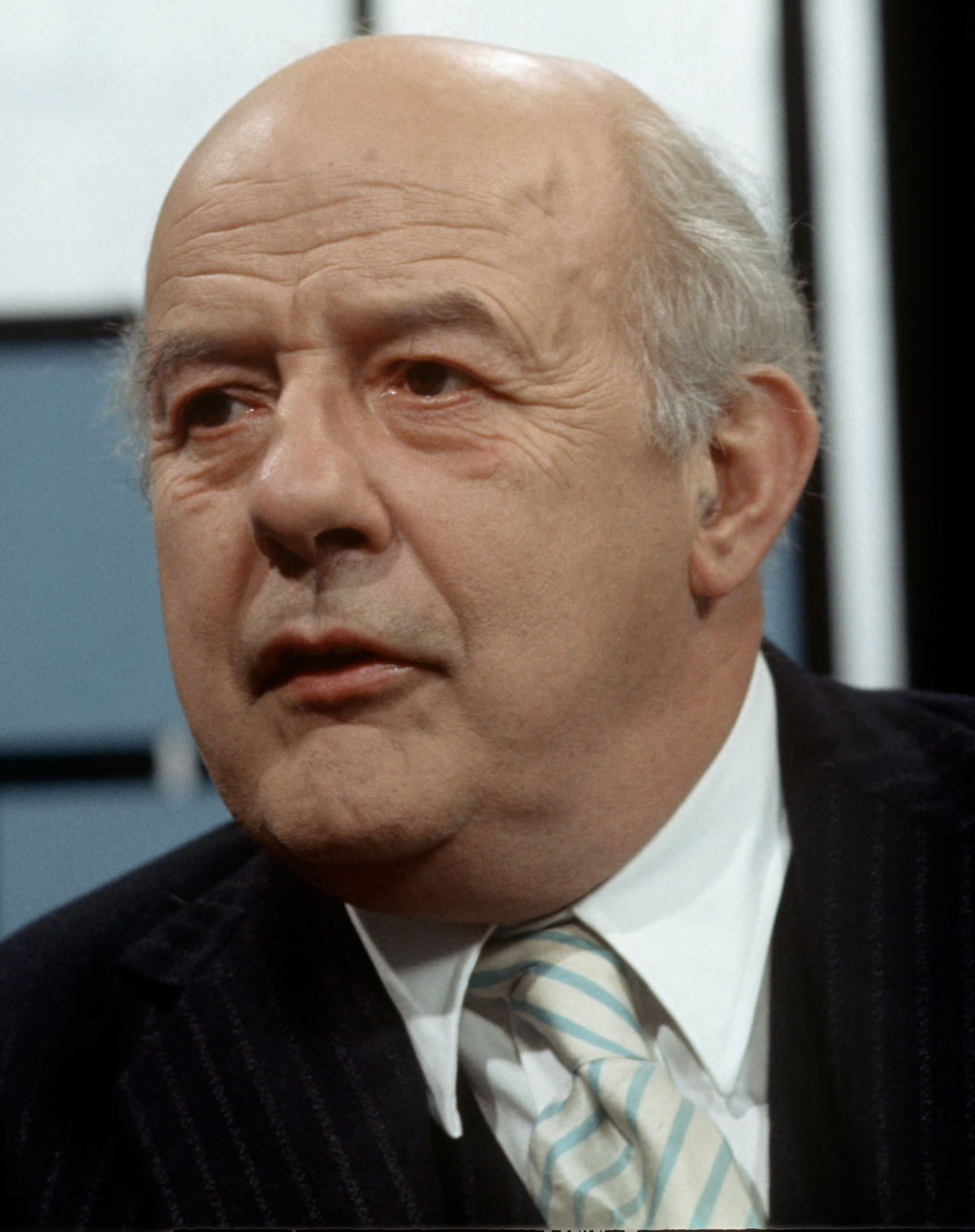 Sir John Betjeman (28 Aug 1906 – 19 May 1984) was Poet Laureate from 1972 until his death. Not merely Poet Laureate but also by far the nation's favourite versifier, his was the only anthology that I purchased in my early teens, or indeed ever. Sadly (though surely temporarily) eclipsed by today's cultural pantheon of bizarre celebrities and inane nonentities, he deserves to be remembered for one immortal observation, when shortly before he died, he was asked if he had any regrets about his life. "Yes I have," he said. "Not enough sex."

Married men the world over would echo that.

His poetry is redolent of time and place, continually seeking out intimations of the eternal in the manifestly ordinary [and quintessentially home-counties English middle class.]

His views on Christianity were expressed in his poem "The Conversion of St. Paul", which ends with the lines

God grant before we die we all
May see the light as did St. Paul.

Betjeman was a practising Anglican [but] his religious beliefs come through in some of his poems. He combined piety with a nagging uncertainty about the truth of Christianity. Unlike Thomas Hardy, who disbelieved in the truth of the Christmas story while hoping it might be so, Betjeman affirms his belief even while fearing it might be false. In the poem "Christmas", one of his most openly religious pieces, the last three stanzas that proclaim the wonder of Christ's birth do so in the form of a question "And is it true...?"


The bells of waiting Advent ring,
The Tortoise stove is lit again
And lamp-oil light across the night
Has caught the streaks of winter rain
In many a stained-glass window sheen
From Crimson Lake to Hookers Green.

The holly in the windy hedge
And round the Manor House the yew
Will soon be stripped to deck the ledge,
The altar, font and arch and pew,
So that the villagers can say
'The church looks nice' on Christmas Day.

Provincial Public Houses blaze,
Corporation tramcars clang,
On lighted tenements I gaze,
Where paper decorations hang,
And bunting in the red Town Hall
Says 'Merry Christmas to you all'.

And London shops on Christmas Eve
Are strung with silver bells and flowers
As hurrying clerks the City leave
To pigeon-haunted classic towers,
And marbled clouds go scudding by
The many-steepled London sky.

And girls in slacks remember Dad,
And oafish louts remember Mum,
And sleepless children's hearts are glad.
And Christmas-morning bells say 'Come!'
Even to shining ones who dwell
Safe in the Dorchester Hotel.

And is it true,
This most tremendous tale of all,
Seen in a stained-glass window's hue,
A Baby in an ox's stall?
The Maker of the stars and sea
Become a Child on earth for me?

And is it true? For if it is,
No loving fingers tying strings
Around those tissued fripperies,
The sweet and silly Christmas things,
Bath salts and inexpensive scent
And hideous tie so kindly meant,

No love that in a family dwells,
No carolling in frosty air,
Nor all the steeple-shaking bells
Can with this single Truth compare -
That God was man in Palestine
And lives today in Bread and Wine.

Diary of a Church Mouse

Lean and alone I spend my days
Behind this Church of England baize.
I share my dark forgotten room
With two oil-lamps and half a broom.

The cleaner never bothers me,
So here I eat my frugal tea.
My bread is sawdust mixed with straw;
My jam is polish for the floor.

Christmas and Easter may be feasts
For congregations and for priests,
And so may Whitsun. All the same,
They do not fill my meagre frame.

For me the only feast at all
Is Autumn's Harvest Festival,
When I can satisfy my want
With ears of corn around the font.

I climb the eagle's brazen head
To burrow through a loaf of bread.
I scramble up the pulpit stair
And gnaw the marrows hanging there.

It is enjoyable to taste
These items ere they go to waste,
But how annoying when one finds
That other mice with pagan minds
Come into church my food to share
Who have no proper business there.

Two field mice who have no desire
To be baptized, invade the choir.
A large and most unfriendly rat
Comes in to see what we are at.

He says he thinks there is no God
And yet he comes...it's rather odd.
This year he stole a sheaf of wheat
(It screened our special preacher's seat),

And prosperous mice from fields away
Come in to hear the organ play,
And under cover of its notes
Eat through the altar's sheaf of oats.

A Low Church mouse, who thinks that I
Am too papistical, and High,
Yet somehow doesn't think it wrong
To munch through Harvest Evensong,

While I, who starve the whole year through,
Must share my food with rodents who
Except at this time of the year
Not once inside the church appear.

Within the human world I know
Such goings-on could not be so,
For human beings only do
What their religion tells them to.

They read the Bible every day
And always, night and morning, pray,
And just like me, the good church mouse,
Worship each week in God's own house,

But all the same it's strange to me
How very full the church can be
With people I don't see at all
Except at Harvest Festival.
© ornaverum.org All rights reserved