Who Mowed The Lawns of Eden? 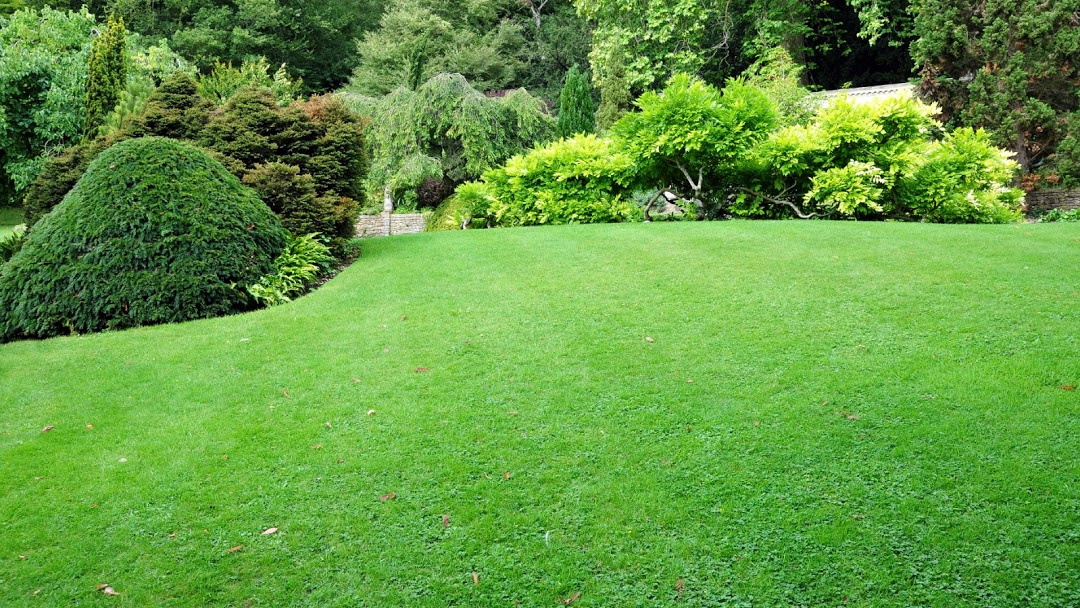 Who mowed the lawns of Eden? Who kept the garden trim?
Adam never volunteered, I'm sure it wasn't him.
Who pruned all the fruit trees to which Genesis refers?
Did the angel Gabriel [possess] some secateurs?

Who mowed the lawns of Eden? Who kept the garden green?
Eve was not a gardener, and the Cherubs were not keen.
The angels and archangels, they were pretty much the same,
They refused to [do the weeding] as well as magnify His name.

The Seraphim, they could have helped in several different ways,
But they had all their time used up with singing hymns of praise.
The Heavenly Host was small then, because nobody had died,
But none of them liked digging, even though they'd never tried.
I bet the saints and martyrs would have loved to dig and hoe,
For martyrs up in heaven are the same as here below.

Who mowed the lawns of Eden? Who helped the garden grow?
Who made of it a Paradise? I'll tell you, 'cos I know.
God. He fixed the garden, the first one that he made,
He pruned all the roses, and was handy with his spade.

On Sunday, nice and early He went out to smell the dew.
(There wasn't any Church then, so He'd nothing much to do).
He wandered to the potting-shed, behind the Tree of Life,
And got his spade and trowel out, His fork and pruning knife.
He looked after Eden, and He watched the lilies grow,
And Eden's still a Paradise where gardeners can go.

Who mowed the lawns of Eden? God mowed the lawns and more,
Adam couldn't help Him, for his rib was still quite sore.
The beasts that God created never helped in any way,
The lion lay down with the lamb, bone idle all the day

God built all the trellises for clematis to climb,
Cut back the wisteria and trained the columbine.
He pruned all the fruit trees: apple, peach and pear,
He had so many jobs to do, you'd always find Him there.
So if I get to Heaven, I'll just ask Peter if I can
Potter about in Eden, just to help out the Old Man.

(transcribed from a typescript found amongst Uncle Sandy's papers after he died; I've applied a couple of tweaks to help the scansion.)