The Forgettory was a concept first explained to me in the dear old 1970's by Dr N C Pyper, even then a most accomplished academic. He was so focussed on his quantum computational researches that, just like Sherlock Holmes when something irrelevant such as the notion that the earth went around the sun, rather than vice versa, came within his ken, he would immediately dispatch it to his Forgettory.

(He was also the begetter of Pyper's Law, that small objects have long legs, the length of the legs being inversely proportional to the size of the object; as I grow ever older, I increasingly think that it should be amplified to include the age of the owner.)

He had in a way been anticipated by George Orwell's concept of the 'memory hole', in the dystopian novel Nineteen Eighty Four, into which inconvenient historical facts could be conveniently relegated for immediate oblivion. This technique was also regularly practised at each update of The Great Soviet Encyclopaedia, needless to say. Whilst under the bleak Soviet yoke, the Poles used to remark "Only the future is certain, the past is always changing".

Cutting to the chase, the point made by The Economist in the quotation cited, has become increasingly acute with the almost frightening acceleration of technology. The Two-Cultures notion first propounded by C P Snow contrasted the utterly different cultural and educational background of classicists – who naturally look to the past for inspiration – and the technologists, who look to the future.

Classicists want to preserve the best values of the past, whether artistic, literary or musical, whereas technologists (on the whole – especially those in the First World's laboratories and factories) simply want to advance the boundaries of applied science.

That the moves to new generations of recording media or information-encoding algorithms or operating systems are going to maroon in a global Forgettory all the carefully-preserved cultural memories of the past – textual, photographic or audiovisual – doesn't seem to bother them one bit. They are the Morlochs, we are the Eloi.

Spluttering rants by personally-negligible and socially-inconsequential individuals such as myself don't really affect the price of fish, of course, but thankfully there are now increasing signs of disquiet amongst the movers and shakers of the media.

Particularly, thank goodness, in The Times, which together with The Economist and Private Eye, constitutes the Holy Trinity of the British press, strange bedfellows though they be.

From the consumer's point of view, the many different forms of medium could be categorised as pre-recorded or pro-recorded ("recordable", if you prefer), according to whether you buy the content already recorded or record your own content on an originally blank medium. Let me itemise the ones that I've personally used or encountered over the years:

All these, and many others, are described in detail in a fascinating website devoted to obsolete – or obsolescing – media.

Pre-recorded stuff isn't such a problem: the entertainment industry will presumably continue to migrate 'legacy content' to up-and-coming new media, or even to the Cloud, so it will continue to be accessible to the public – though some niche content (Hildegard of Bingen, anybody?) will struggle to make the cut. All the public will need is an internet link and the requisite hi-fi speakers or screens. Also of course, live musical performances will still continue and new interpretations will evolve, and new recordings will be made. That's all perfectly healthy.

It's the recordable media situation which bothers me more ... in both professional and private life I've constantly been confronted with important recorded material on out-of-date media or encoded for software that was no longer operational and wasn't forwards-compatible. The corporation didn't care of course, because it never knew it had it anyway, but personal stuff I did regret and still do.

Another issue that really bothers me is the almost total decline of the handwritten personal letter sent through the mail (I compose my letters on MS Word, then print them out, but it comes to the same thing) which can and sometimes do survive for centuries in physical form. How long will emails via (for example) Googlemail survive electronically, and who would have access to them? I save on my PC the most personally important emails I send or receive – but once that goes, so do they, unless C:/ content and access security details are passed onwards to the next generation as part of ones digital legacy – and how many rows of beans will that count for in a hundred, let alone a thousand, years from now?

Not just me of course, but the great and the good, the people that have shaped the age we live in – have they future-proofed their personal archives for future generations of historians? And the companies that guarantee the permanence of these archives – how long will they last?

Ozymandias (aka the pharaoh Ramesses II) was renowned for his personality cult and the statues of himself that he distributed around his kingdom to impress not only his subjects but posterity too – that all subsequent ages would know of him and respect him. Shelley's goose-bumping sonnet tells us what happened to that ambition:

I met a traveller from an antique land
Who said: "Two vast and trunkless legs of stone
Stand in the desert. Near them, on the sand,
Half sunk, a shattered visage lies, whose frown,
And wrinkled lip, and sneer of cold command,
Tell that its sculptor well those passions read
Which yet survive, stamped on these lifeless things,
The hand that mocked them and the heart that fed:
And on the pedestal these words appear:
"My name is Ozymandias, king of kings:
Look on my works, ye Mighty, and despair!"
Nothing beside remains. Round the decay
Of that colossal wreck, boundless and bare
The lone and level sands stretch far away.

Hearken to these oracles, ye mighty, and prepare! 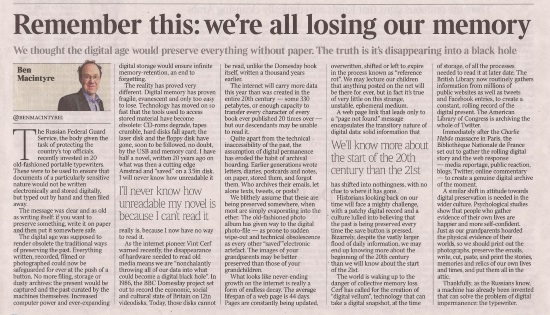 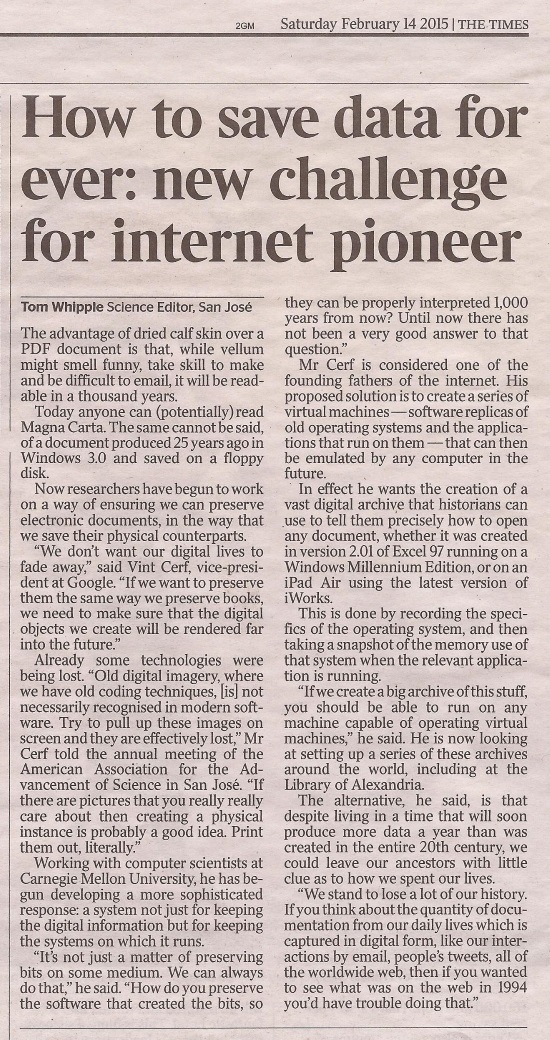 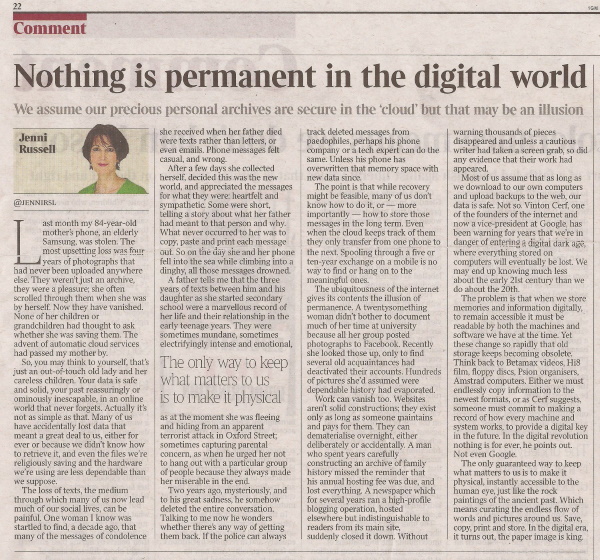