The Construction of the Dome 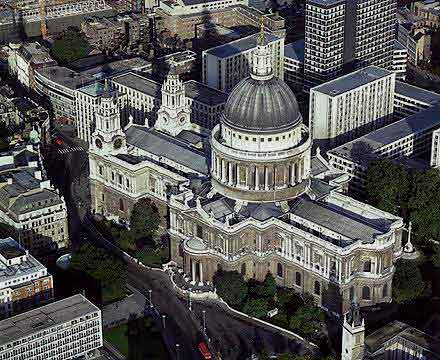 The huge Dome of St Paul's is harmonious from both outside and inside. 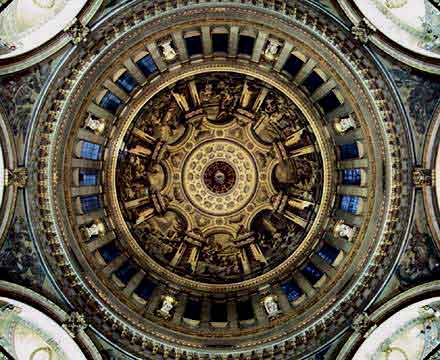 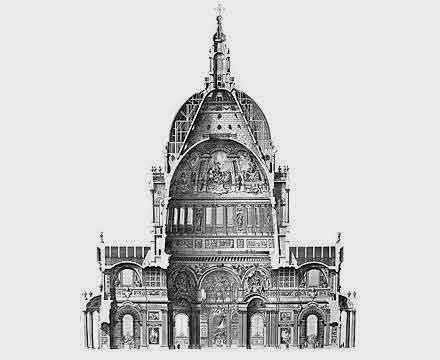 In fact, when you look up, you have above you not one but three domes, ingeniously set one inside another by Wren, so that the inner dome could rise to the correct height in order to remain in proportion with the internal architecture, while the outside silhouette of the Cathedral could be adorned with something much larger and more impressive, to ride high above the roof-line of the seventeenth-century city. 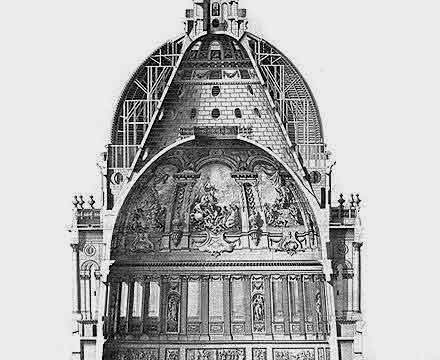 As Wren's son puts it in his Parentalia:
"He raised another structure over the first cupola, a cone of brick, so as to support a stone lantern of an elegant figure... And he covered and hid out of sight the brick cone with another cupola of timber and lead; and between this and the cone are easy stairs that ascend to the lantern." 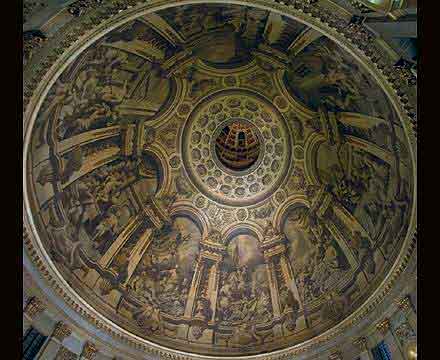 The crown of the vault of the inner dome has a circular opening, through which light descends. 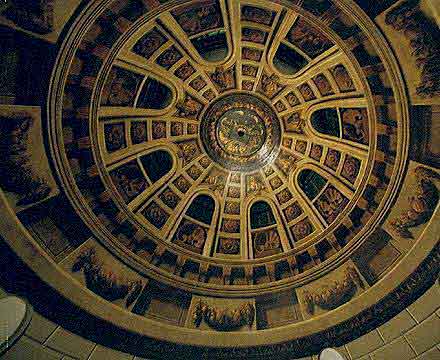 When you look up into it, however, you're not looking into the lantern, but into the top of the brick cone, which is painted with architectural detail, to give the illusion of looking into a cylindrical space. 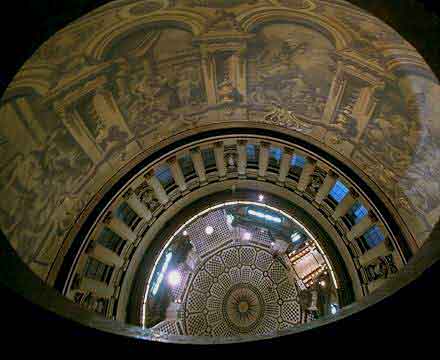 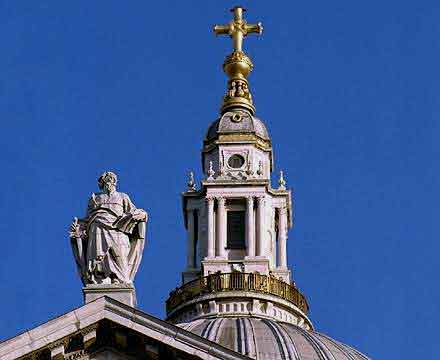 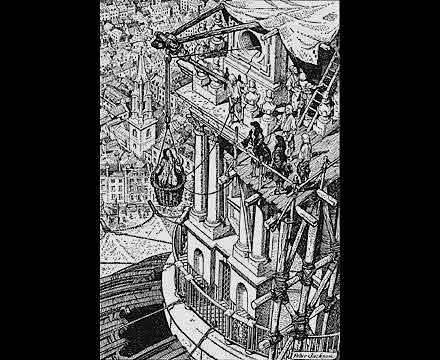 While the Dome was being built, Wren was hauled up in a basket two or three times a week to monitor progress. In 1708, when he was 76, he watched as his son fixed the last stone in position on the lantern.