In mid-year 1955, my parents reappeared from wherever they'd been. I was duly extracted from Grannie Waddell's bungalow in Fishbourne, Chichester, and my brother Simon was released from incarceration in Mam's Selsey gulag. We all went to live in the uppermost flat of 25 Cheyne Place in Chelsea. Yes, that's where Katie started to see the ghost of Thomas More during the night.

But with the benefit of hindsight, her night-time experiences might well have been a little more carnal, as pretty soon one started to see a copy of Playtime in The First Five Years lying around, and a dressmaking dummy of the female form from neck to naughty bits (Simon christened this 'Modom'). Plus questions such as "Would you like another little brother or sister?".

Yes, I think she was pregnant, a last-ditch effort to save the marriage. But it fizzled, sadly, and the familiar domestic acrimony began again.

But this slender volume was the first intimation of a new social dimension, which I still can't fully explain, but which had a major impact on my adolescence and beyond.

The author in question was Hilary Fisher Page, a heroic but ultimately tragic figure in not only our family history but also, though indirectly, at an international level that led to the global Lego1,  2 phenomenon. If you've not heard of Lego you've been shacked-up with Ben Gunn on a desert island for the past sixty years.

Indeed, some 60 years later, in about 2013, my brother Simon emailed me a photograph he'd just found on the internet, and did I think it was who he thought it was? Yes, I certainly did – the poise, the gaze, be still my foolish heart, it was indeed Geraldine, the elder twin daughter of Hilary Page. And beside her was surely her twin sister, the delightful Vivienne, and standing slightly behind was another woman I didn't recognise but now know to be their elder sister Jill.

What on earth was this all about? And how did it tie in with an alleged £ multi-billion commercial rip-off that continues to this day?

We must first track down the elusive, hitherto little-known, figure that was the handsome, brilliant and charismatic figure, the author of that book, the victim of that alleged rip-off, Hilary Fisher Page, with whose family my own was so closely involved for a quarter of a century. 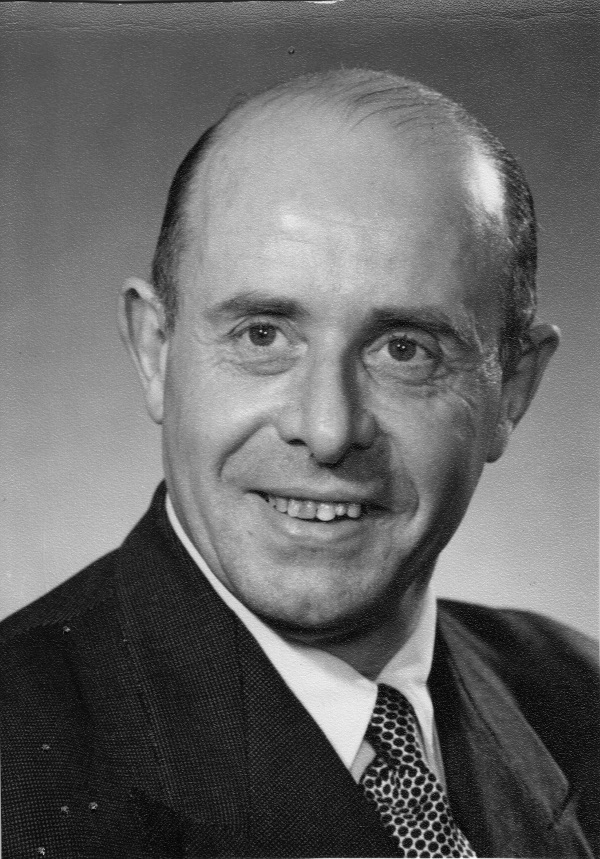 When I first checked the internet for Hilary Page and Kiddicraft back in 2013, after Simon's email, there was very little to be found, apart from an underwhelming website (now replaced by a very extensive and superbly-crafted successor). Simon had evidently found the photograph on Version One, but it's nowhere to be seen on Version Two.

To get the bare bones of Hilary Page's background, character and achievements, please see Wikipedia.1,  2 For a fuller account that gives a much better picture of his extraordinary genius (that infinite capacity for taking pains, as Carlyle defined it) and innovatory creative flair, please see the biographies1 or here,  2 or here in Version Two.

For a remarkable parade of the products that he designed and manufactured, please see the (work-in-progress) magic lantern in Version Two.

And for an admittedly partisan account of the heated controversy surrounding Lego's use of his legendary self-locking plastic brick design (already being manufactured and widely sold in the UK by Kiddicraft) please see the article from The Mail on Sunday 26 Jul 1987, as reproduced in Version Two (or here).

Nobody seems to know why Page hadn't patented his game-changing design more widely (especially in Europe and the US) rather than just in Britain. And it's difficult to understand how he could not have become aware (during the final decade of his life) that Lego were manufacturing and selling a product that was, shall we say, topologically identical with his.

I'm also surprised, to say the least, that Lego's corporate conscience remained untroubled by their actions ever after.

My father (Walter aka Wardlaw, Bill or William), had been involved ca 1946-1949 in the manufacture and retail of a carefully-conceived boys' metal construction kit called Masterbuilder, a direct challenger to Meccano. Perhaps, in some way, this led to a contact with Hilary Page, as a British fellow toy-maker, though Page had been in the business since well before WW2.

Certainly I myself can remember playing in the late 1940's with a number of Kiddicraft products (mostly made of wood) as a small child, and loved them, My brother Simon played in the early 1950's with them too, some by now being made of very attractive brightly coloured plastic.

It's inconceivable that William would not have got in touch with Page, or not made a beeline for him at some Toy Fair or another. Indeed, given the scarcity of funds in our household, those toys were probably product samples that Page had given him! After the demise of the Masterbuilder venture, however, William had taken jobs in engineering and management consultancy, and so the rapport may well have slackened temporarily.

But with our move to London, a stone (or two's) throw from Barkston Gardens, they evidently picked up where they left off. I have a very clear memory of Page standing next to William's Lagonda, seen at a distance of about 50 yards, in an area of Surrey heathland, myself at the age of about 11 (ca 1956). Significantly, in retrospect, neither of their wives were there, and I rather think I'd been sent off to play on my own while they discussed their business and marital problems.

Then there's a grey haze, from which numerous memories emerge of picnics in Windsor Great Park, with my mother Katie, brother Simon and me, and Pages's wife Oreline and their two lovely daughters, identical twins Geraldine and Vivienne. Also several images of them visiting us at 2 Basil Mansions (during one of which I managed inadvertently to temporarily poison Geraldine with chlorine), and many of us visiting them in their top-floor apartment at 66 Barkston Gardens. None of these recollections involve Hilary or William.

During the grey haze (which envelops so many of my memories), Hilary Page must have died, and this was tacitly accepted. But throughout the rest of their lives, in which I became reasonably adult, neither of my parents even hinted that he had committed suicide. Nor did they reveal that he had in fact been separated from his wife Oreline at the time. In the phrase William often used in other contexts, both he and Katie were tighter than a bull's ass in fly-time, as regards 'grown-up' matters. A characteristic they probably shared with the rest of their generation, and which made it so difficult to have any emotional rapport with most of them.

(In fact, it has suddenly occurred to me that at the start of my recollections Page might have been simply estranged rather than deceased, the conspiracy of silence covering both eventualities, of course. This would certainly help to rationalise the time-scale.)

A brief tabulation would probably be useful, compiled from US Census information and of course the ancestry website. 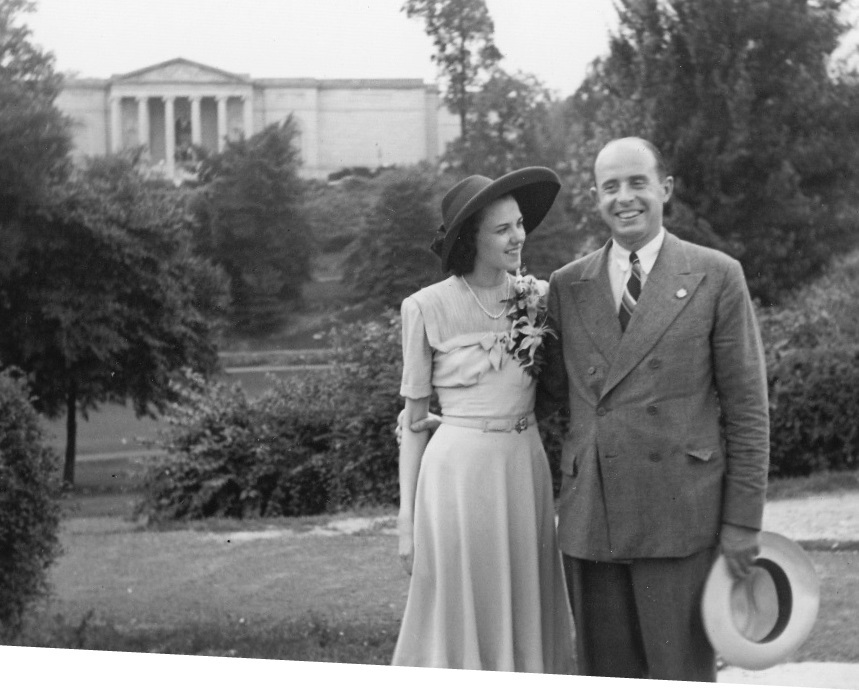 Oreline was American, of German extraction of course, and a devout Christian Scientist. She was nevertheless an utterly charming and liberal-minded person, though she did once (justifiably) read the riot act when I exclaimed "J---- C-----" on dropping a highly-prized vinyl LP to the floor when they were visiting Katie.

On another occasion, when he learned that I was going round (yet again) to Barkston Gardens, William adjured me to enquire whether she'd yet got over the "80 percent Striped Cat" that they'd both evidently got stuck into on a social occasion the night before. So he too had maintained contact with Oreline despite all the turmoil of Hilary Page's death.

I last saw her one evening in early autumn 1967, when I was collecting some items of furniture she was donating for the unfurnished flat in Norwich I was shortly moving into. During the tumultuous years that followed, I somehow lost touch with her, though I understood she had moved into a flat near Hampton Court. I did ask Katie for details, but she was characteristically vague and unhelpful.

I was very attached to Oreline, not least because she had depths to her that few if any of my parents' other friends possessed. She was kind, and she was principled. And, with all respect to Vivienne, I was totally and utterly smitten with Geraldine, and in some deep and secret place of the heart probably still am. But I was certainly amongst the least prepossessing of her many admirers, and one has to accept life's harsh realities.