I'm very grateful to David Waddell for sending photographic images of these portraits. 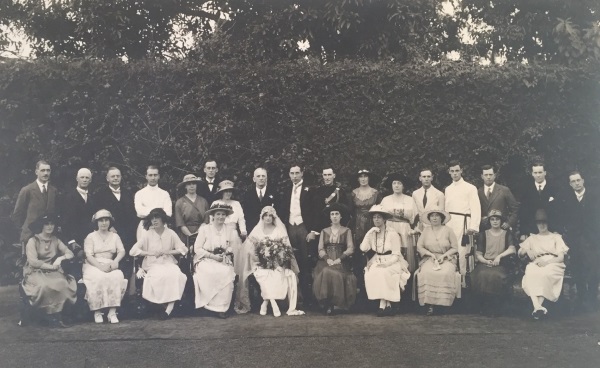 As always with family photographs of an earlier era,
there are not many signs of merriment. 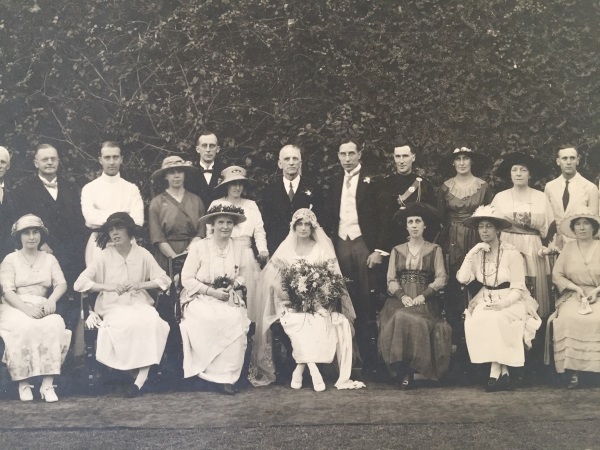 The principals are now clearly visible – bride central in the first row,
and groom slightly to her left in the rear row.

I imagine that the kindly-looking woman holding a posy in her lap, sitting on Jean's RHS, is her mother Helen Dodds.

I know almost for sure that the woman sitting two places to Jean's LHS is Peter's sister Molly, and I've started to think that the woman between Jean and Molly is possibly Margaret (aka Rita) Waddell, née Little, Peter and Molly's mother, frequently referred to as Old Grannie in her later years though she was only 62 at that time.

The unattached ladies must have been quite taken by Peter's best man, but his equally good-looking consort looks as though she could fend off all contenders. 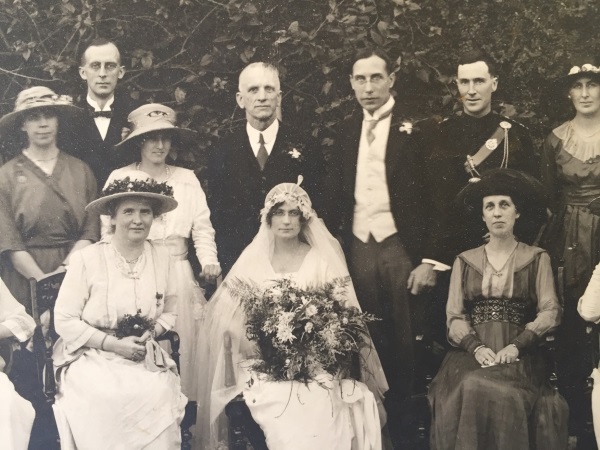 Clearer still except for Aunt Molly, apart from her right elbow.

The chap to Peter's right, though clean-shaven, not convincingly patrician, and quite hard to reconcile with Sir James Dodd's subsequent whiskery studio portrait in right profile, is nevertheless almost certainly Jean's father, given the similarity in their features.
© ornaverum.org All rights reserved