Geoffrey is one of the most enigmatic and elusive family members I've so far tried to profile. Enigmatic insofar as so little is known about him, and elusive in that what little is supposedly known (or at least plausibly assumed) about him turns out to be incorrect or unsubstantiated.

My Aunt Jane and he were born just one month apart – she in Sheffield and he in Darjeeling – and she once recalled that on family occasions in due course they were always 'paired', but she absolutely hated that (or hated him, I'm not sure, one didn't didn't like to ask).

Fast-forwarding 25 years or so, he was frequently recruited to hold the fort at Basil Mansions during my father's lengthy amatory excursions to Wroxham (of which another time). William evidently found him most congenial and I thought him excellent – though unconventional – company: pleasant, tolerant, good-humoured, and interestingly contrarian about art and cooking.

I told him for example that I'd just been to see the Technicolor epic adventure comedy Around the World in 80 Days, and how really really good it was. He nodded attentively, but then remarked that it would have been so much more atmospheric and nuanced in black and white. I was really startled, but didn't argue (you didn't argue with adults in those days) and over the years since then I've come to agree with him – black and white brings out the essentials in a portrait photograph, for example, whereas colour overloads the viewer with intrusive detail. And the same often goes for the cinema – who would want to see Brief Encounter in Technicolor?

I also remember a discussion as to how best to cook a packet of sausages. My vote went to grilling them, but Geoffrey demurred. To bring out their flavour, he proposed to put them in a pan of water, and slow-cook them in the oven. I could hardly believe this, but he said "Wait and see, they'll be delicious". Well we did have to wait a long time until he pronounced them ready, and even then they still looked pale and flabby – but they were indeed best-ever!

I do remember meeting his wife,A Brigitte Suppli, at some rather later date, and she struck me as being very bossy and talkative, but that's the way women were in my experience. And Geoffrey seemed very relaxed about all that. They did attend our wedding in 1967, and she was very voluble there too – she died of a brain tumour in 1971, and maybe her excitability was an early symptom.

It's said that she had rescued Geoffrey from depression and reinvigorated him, but I never saw either of them again, as the decline in William's own health meant that further contact with cousins on his side of the family was lost. And Geoffrey himself perhaps didn't fare much better, as he died even earlier in life than my father did. 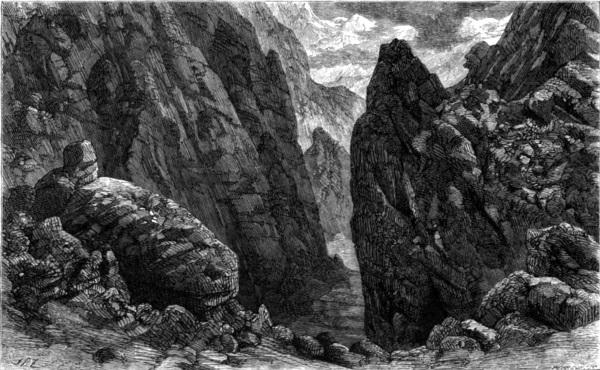 What in fact was the received wisdom about Geoffrey's passage through the Valley of the Shadow of Life?

Geoffrey remains a faint memory to me – a varied and somewhat sad life was how Dad used to describe him. He was a wonderful artist – I have a few watercolours at home I will email to you. I think he had a bad time of the Italian campaign and was a bit lost (as many were) after that. Life then came back to him through Brigitte who sadly then died of a brain tumour. I shall send photos from my stack.

I get the impression that Geoffrey was sent from India to Charterhouse very early in life whereas John and Dad went there when the whole family came back from Darjeeling (Calcutta before that). My grandfather was Deputy District Commissioner there and I've been to see his house. They were all born with a view of Everest from the window – a beautiful spot.

I also remember he owned a supermarket in Horsham for a long while. 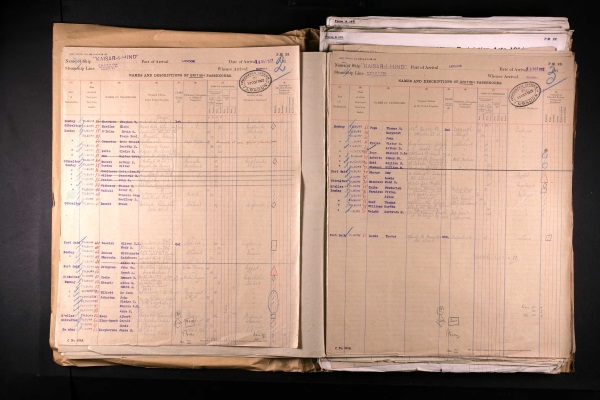 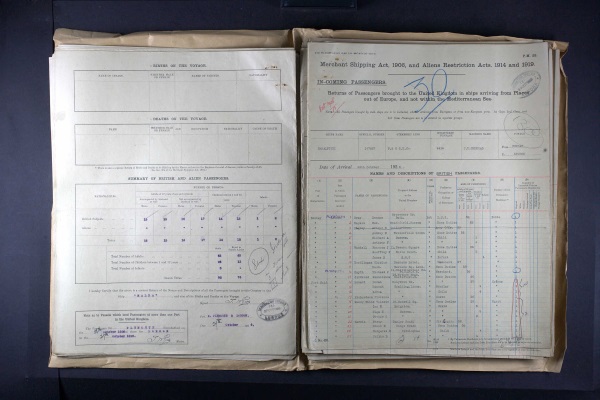 Quite apart from their intrinsic interest as relics of a vanished age of passenger travel by sea, these two images give rise to further speculation.

Please click here to catch a glimpse of Geoffrey's watercolours.