My earlier attempt to explain the origins of the Fortescue surname in the Gueritz family descent was pretty artificial, and the Lawrence surname got totally short shrift, so I'm very appreciative of even an undeniably cryptic 'Voynich' manuscript as a basis for a second go. It originated from an Aunt "Min" on the Lawrence side, possibly Mary Fortescue Lawrence (the elder sister of Anne Derby Lawrence), and has no self-evident provenance (I have a long-standing and well-founded suspicion of what one is told by ones aunts, unless supported by documentary evidence).

Starting, as one does, from the top LH corner an immediate problem arises – Maj Gen Stringer Lawrence (6 Mar 1697 – 10 Jan 1775) was a very successful and highly-regarded soldier of the early imperial era, but (by default implication in both Wikipedia and the Dictionary of National Biography) his parents totally neglected to provide him with any siblings, and he himself utterly failed to produce any offspring.

Of course people will insist on being born, getting married, having children, and dying, without their names receiving public attention. Since 1837, all four activities are recorded by the state, but without private remembrancing by their families, or public archives such as ancestry, their names would eventually pass into limbo – as may well have happened in the case of the kin of Maj Gen Lawrence.

Fortunately, the diametrically opposite corner is a lot more fertile.

Assiduous googling has provided some helpful dates to get started with.

Wikipedia has no record of a Major General RM by name of Elias Lawrence, but that's not to say that family tradition is erroneous – both Wikipedia and Ancestry despite the best efforts of their contributors and moderators, do contain false positives, false negatives, inconsistencies, discrepancies etc etc – so Nullius in verba, as the Royal Society recommend, is the best course of belief.

And perhaps in all of us there is a Mittyesque tendency to put a bit of a spin on our accomplishments or family backgrounds – or even, as we get older, on our very ages, adjusting up or down as necessary! Nobody these days has the least acquaintance with the original tales of Baron Munchausen, sadly, though our new (Jul 2019) Prime Minister Alexander Boris de Pfeffel Johnson is a compulsive fabulist in that same mendacious tradition. Nurse, it's time for my pills!

All that said, there was incontrovertibly a mid-19th century RM Colonel Commandant by name of Elias Lawrence, probably with the rank of Lt Col, and in later life he was accepted as a Major General. So who am I to quibble!

Ancestry provides this snapshot of a fine old sea-dog and doughty warrior:

Served at Toulon during the time of the combined forces, held possession of the town in 1793; at the battle of Trafalgar, was Captain of Marines on board the Colossus which ship lost 200 men killed and wounded; was at the siege of Cadiz in 1810; served on the coast of America until peace took place with that country in 1815; has served nearly 50 years in the Royal Marines, and commanded the Chatham Division for 5 years and 6 months.

After retirement he changed address a number of times. 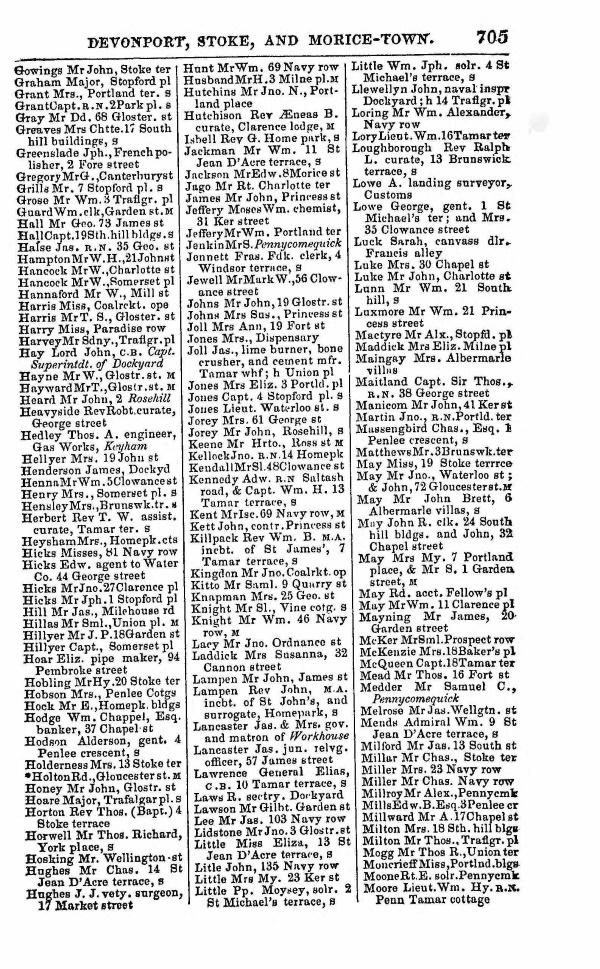 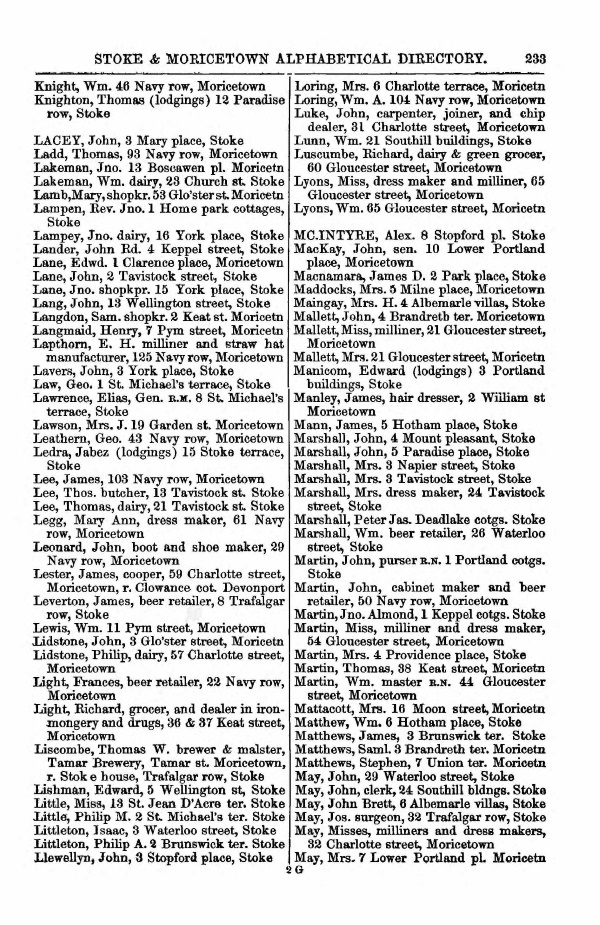 My own take on the essentials is as summarised below

But click here to see the Gueritz family's ongoing perspective of their Lawrence background as originally curated by Aunt Min.

to see an alternative version.