A not particularly prominent Colonial administrator, he nevertheless lasted longer than most as Governor of Labuan and North Borneo (1904 – 1911) having previously been Post Master General (Feb 1894 – 1895)

Had Britain not ruled half the globe, dispatching her most competent and incorruptible graduates to bring imperial benefits to the inhabitants of far-flung corners of the world (and ruin their own constitutions in the process), the Mother Country might well have herself been better governed.

To gain some sort of historical perspective, please see here:

and here, an astonishing mosaic, kaleidoscope, of historical presentations on the subject of North Borneo:

His schooldays and early career are outlined in the link below. Please see the profile of his son-in-law Aylmer Cavendish Pearson for a brief account of the political structure of North Borneo at that time. 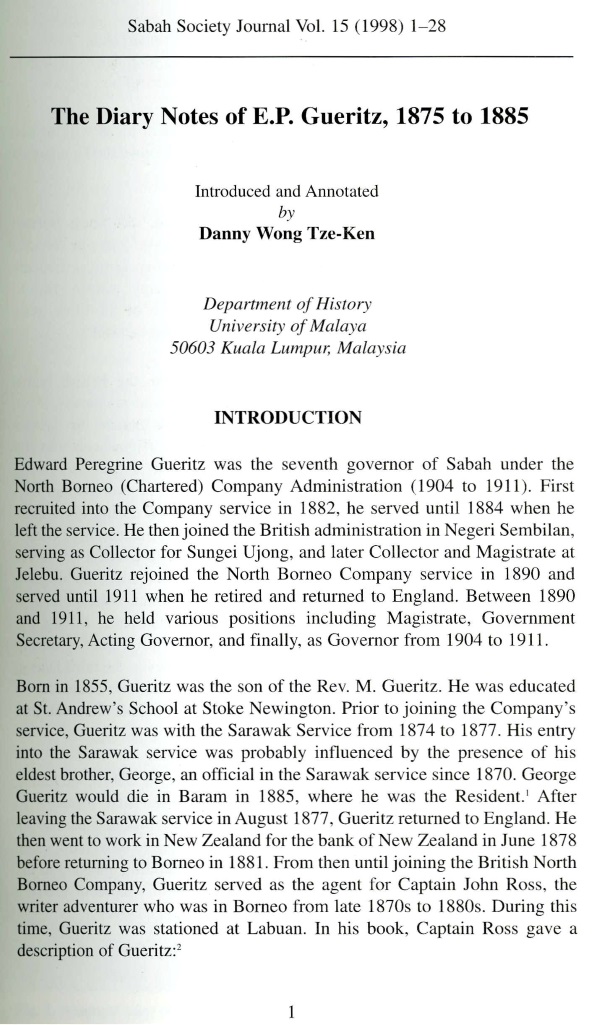 Click the image to read the article in full

He retired in 1911, and moved back to England in advance of the decennial Census that year. He evidently completed this form rather too hastily, and had to backtrack accordingly... 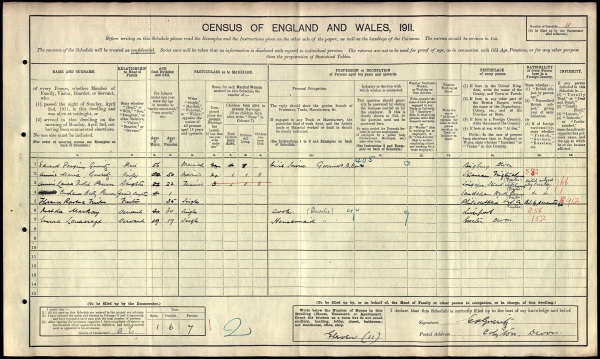 From the final entry in the bottom RHS, it's evident that they were staying in the Colyton vicarage with his parents.

The next news I have of him is from Byfleet, near Woking, some five years later, where he was renting a house with some rather unsafe new-fangled electrical wiring (in those days, I believe, the wires weren't necessarily insulated even in domestic residences, so a good many houses of the gentry in all probability went up in smoke like this)...

The cuttings that follow were probably collected by the indefatigable Aunt Jessie Findlay, but neither of them are definitive as to the date of the conflagration, though probably it occurred in the early morning of Fri 5 May 1916. 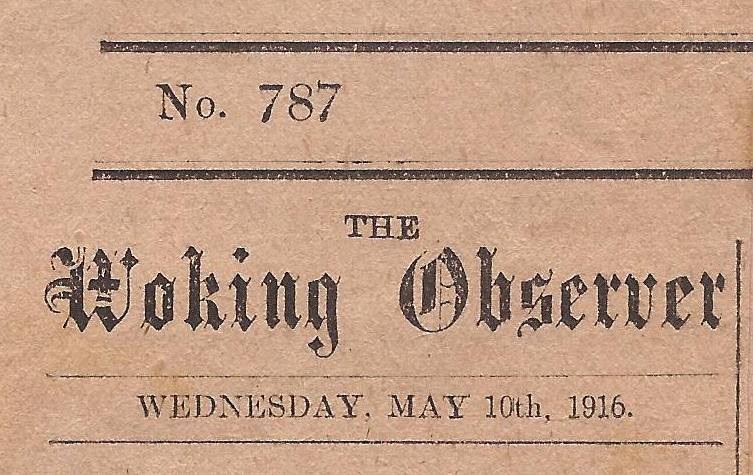 Gueritz himself had retired in 1911, and so he and his family had evidently still not settled down in a long-term residence. A great many personal valuables and cultural trophies were consumed by the fire, but fortunately his dispatch boxes and personal papers (including of course his diaries) were saved,

The son-in-law referred to in the final paragraph was Aylmer Cavendish Pearson, who had married Gueritz's daughter Annie Laura Violet in 1907, and had in 1915 become Governor of North Borneo, like Gueritz before him. So he was not so much taking up his post as returning to it. 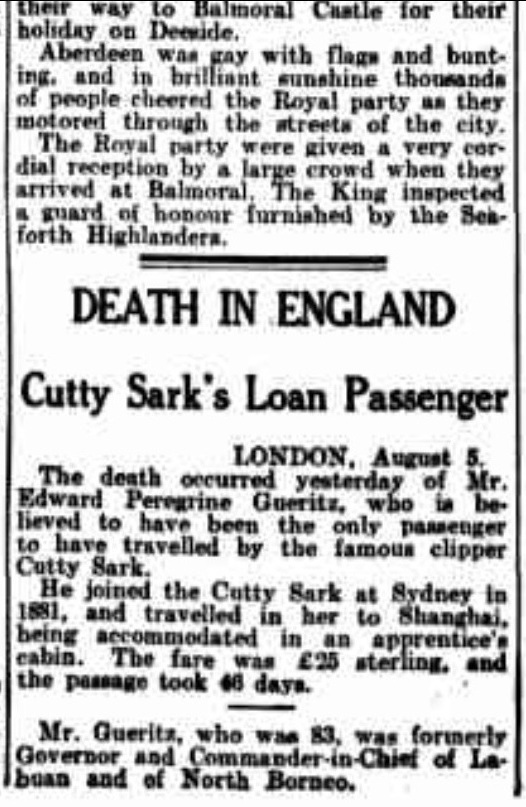 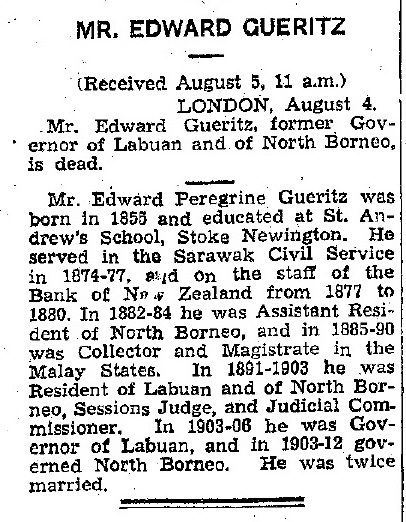 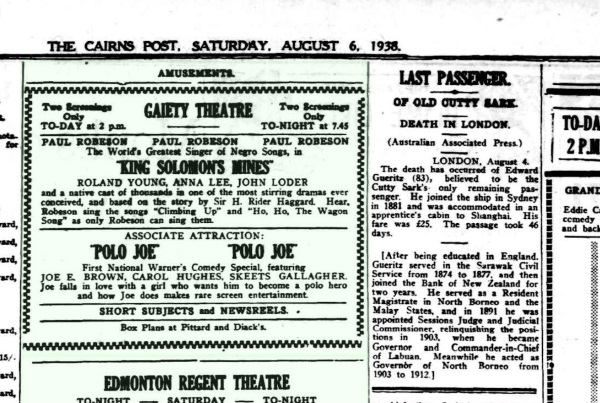