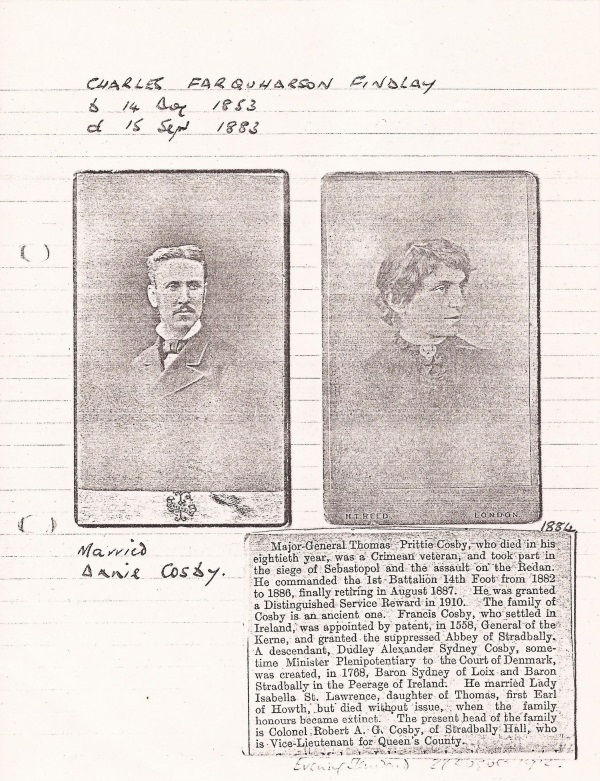 Seen with the eye of faith, the caption at the bottom RH corner reads 'Evening Standard 27 Aug 1912', given some semblance of verisimilitude by Col Robert Ashworth Godolphin Cosby having died in 1920.

We also see a certain justification for the family mantra that Annie's family name had been Petty-Cosby, as Maj Gen Thomas Prittie Cosby certainly had existed, and was of the Stradbally strain.

There seems to exist no original for the image of Annie herself, and one wonders where it might be. Sandy was obviously involved in photocopying the scrapbook, but of course it's too late to ask him. He annotated the image as 1884, the year following her husband's death.

It's certainly a plausible picture, quiet and reserved, and I can well imagine it was these features that Grannie Waddell, her daughter, inherited.