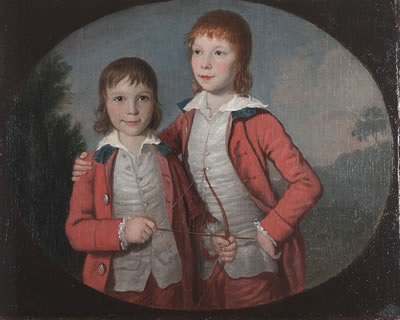 Their lives ware not destined to run as serenely as suggested by this charming portrait – James was to fall ill and die at the age of just 26, and John developed a drug-addiction so severe that his father's will disinherited him. Though John did succeed to the Earldom, his erratic behaviour earned him the nickname of "The Mad Earl", and his tenure as the 8th Earl of Mar lasted barely three years.
© ornaverum.org All rights reserved