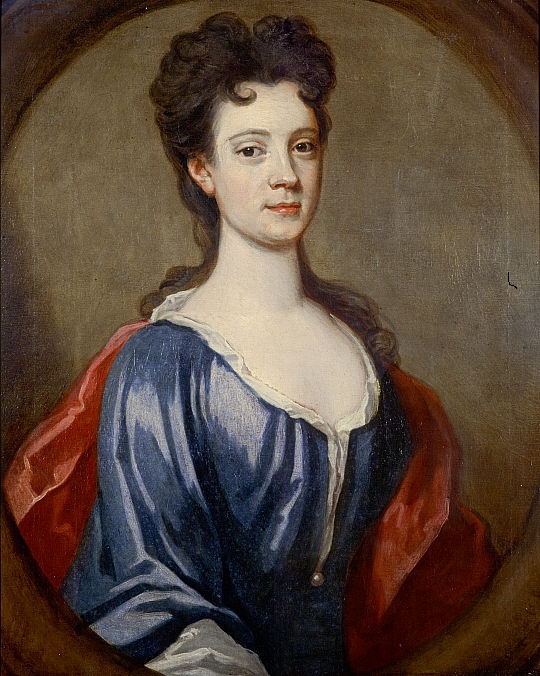 To understand the background of her deeply-troubled childhood and hereditary emotional instability, it's helpful to take on board some accounts of her father's execution for murder when she was just 10 years old.

Born in 1679, Rachel Chiesley was the daughter of John Chiesley, who notoriously murdered Lord Lockhart, the judge who had sentenced against him in an alimony lawsuit. On 2 April 1689 Rachel's murderer father was hung outside St Giles, in the High Street, Edinburgh. The pattern on the cobblestone – known as the Heart of Midlothian – now marks the door of the Old Tolbooth prison where the gibbet stood. 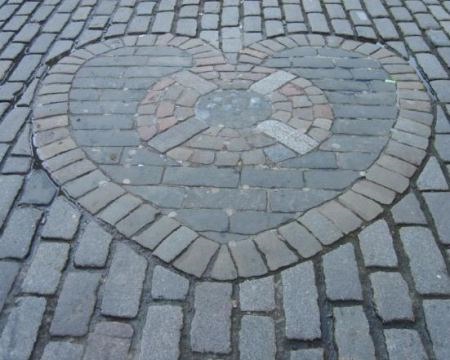 Q. Why is divorce so expensive?
A. Because it's worth it!

This date brings us a cautionary parable of the dangers of wedlock.

John Chiesly (or Chiesley, or Cheisly), an ill-tempered bloke with a wife he'd wished to put aside, had been ordered in arbitration to support her (and their 11-strong brood) to the tune of a £93 annuity.

Chiesly had a counteroffer to this liberal award: he shot dead the magistrate, Sir George Lockhart, the highest-ranking judicial officer in Scotland.* And he did it in broad daylight, making no attempt to fly.

"I have taught the President how to do justice," Chiesly boasted as he was arrested.

On April 1, he was tried and convicted (torture was authorized "for discovering if ther were any accomplices, advysers, or assisters to him in that horrid and most inhumane act … yet the samen shall be no preparative or warrand to proceed to torture at any tyme hereafter, nor homologatione of what hes bein done at any tyme bypast").

On April 3, he was drawn to execution at either Drumsheugh or at the Gallowlee, had the offending right hand cut off while still alive, then was hanged in chains with the murder weapon around his neck.

Then his spirit went on to haunt Dalry as "One-Armed Johnny," until his remains were discovered and properly buried in 1965.

If you think this guy had relationship issues, consider the fate of his daughter, Rachel.

She inherited dad's hot temper and took it to her own marriage.

When her husband tried to ditch her, the woman now known as Lady Grange stalked him so relentlessly that Lord Grange kidnapped her, faked her death, and held her secretly imprisoned in the Hebrides for 15 years.

Now that is an expensive divorce.

See also the probable source of the webpage just quoted, which also mentions that Chiesley's body was later stolen from the gallows by his friends, and disappeared entirely from public ken, so that it couldn't be given a proper Christian burial.

The story of her tempestuous marriage, the alienation of her children, her kidnap and 13-year incarceration on various extremely remote Scottish islands amongst fisherfolk who spoke only Gaelic, and the bizarre business of her three-fold funeral, is very well told elsewhere.

The crux of it all was her threat in 1732 to reveal letters of his that would reveal his Jacobite sympathies (shared of course by his brother John, the Earl of Mar) – treasonable plotting against the Hanoverian regime, in effect, which if discovered would assuredly lead to execution. She was holding an axe to his neck.

His reaction was extreme, but understandable IMHO. All right, perhaps her 13 year exile could have been made more comfortable, with more mod cons, but only at the risk of her whereabouts becoming known. And he had endured 25 years of her ill temper and bizarre irrationality, though admittedly solaced by an extra-marital liaison with a Mrs Lindsay. As Dr Johnson commented to James Boswell, "If [Roderick MacLeod] would let it be known that he had such a place for naughty ladies, he might make it a very profitable island." I'm sure my father would have said Amen to that.

It is nevertheless a most extraordinary tale, and it has been taken up in the media several times in the last few years: