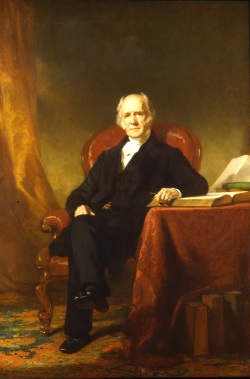 Born in Dalkeith in 1779, Wardlaw matriculated at the University of Glasgow in 1790. He went on to train to become a minister in the Secession Church in which his grandfather and great grandfather had been prominent, but became instead a minister at the Scottish Congregationalist Church's chapel in North Albion Street in 1803. He remained there for sixteen years until he moved with his growing congregation to a larger building in West George Street.

Wardlaw helped found the Glasgow Theological Academy in Glasgow in 1811 and became the Professor of Divinity. He was a secretary of the Glasgow branch of the British and Foreign Bible Society and a prominent member of the anti-slavery movement. He published hymns and religious tracts and pamphlets that gained international recognition and was awarded an honorary doctorate by Yale University in 1818.

This portrait was painted in 1851, two years before his death.