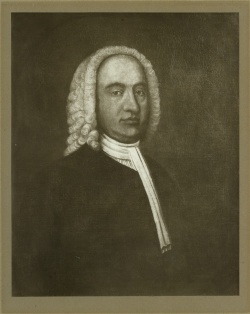 It is a lovely Sunday afternoon in the early summer of the year 1690. The graceful and heathery path that winds its way along the banks of the Tweed, from the stately ruins of Melrose to the crumbling gables of Dryburgh, is in its glory. The wooded track by the waterside is luxuriating in bright sunshine, glowing colors and soft shadows. We are traversing one of the most charming and romantic districts that even Scotland can present. Here 'every field has its battle, every rivulet its song.' More than a century hence, this historic neighborhood is destined to furnish the home, and fire the fancy, of Sir Walter Scott; and here, beneath the vaulted aisle of Dryburgh's ancient abbey, he will find his last resting-place. But that time is not yet. Even now, however, in 1690, the hoary cloister is only a battered and weatherbeaten fragment. It is almost covered by the branches of the trees that, planted right against the walls, have spread their limbs like creepers over the mossy ruins, as though endeavoring to protect the venerable pile. And here, sitting on a huge slab that has fallen from the broken arch above, is a small boy of ten. His name is Ebenezer Erskine; he is the son of the minister of Chirnside. Like his father, he was born here at Dryburgh; and to-day the two are revisiting the neighborhood round which so many memories cluster. This morning the father, the Rev. Henry Erskine, has been catechizing a group of children at the kirk. He selected the questions in the Shorter Catechism that relate to the Ten Commandments; and the very first of the answers that his father then taught him has made a profound impression on Ebenezer's mind. The forty-third question runs: 'What is the preface to the Ten Commandments?' And the answer is: 'The preface to the Ten Commandments is in these words: "I am the Lord thy God which have brought thee out of the Land of Egypt, out of the house of bondage." ' Other questions follow, and they, with their attendant answers, have been duly memorized. But they have failed to hold his thought. This one, however, refuses to be shaken off. He has, quite involuntarily, repeated it to himself a hundred times as he pushed his way through the heather to the mossy abbey. It sounds in his ears like a claim, a challenge, an insistent and imperative demand.

I am the Lord!

The Lord! Thy God!

It is his first realization of the fact that he is not altogether his own.